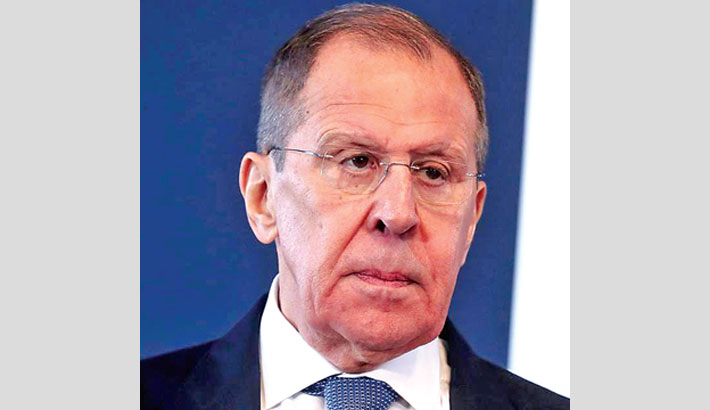 MOSCOW: Russia is prepared to cut ties with the European Union if the EU imposes new sanctions amid a dispute over the treatment of opposition leader Alexei Navalny, the nation’s top diplomat warned Friday.

In response to a question on Moscow’s willingness to rupture formal relations with the EU, Foreign Minister Sergey Lavrov said in televised remarks that Russia doesn’t want to be isolated but is ready to retaliate if the EU action hurts its economy.

“If we see again, as we have felt more than once, that sanctions imposed in some areas create risks to our economy, including in the most sensitive spheres, then yes,” Lavrov said. “We don’t want to be isolated from international life, but we must be ready for that. If you want peace, you must prepare for war.”

Russia-EU relations have sunk to new lows over Navalny’s arrest and imprisonment. The opposition leader was arrested Jan. 17 upon his return from Germany, where he spent five months recuperating from the nerve agent poisoning he blamed on the Kremlin. Russian authorities have denied the allegations.

Last week, a court in Moscow sent Navalny to prison for two years and eight months for violating terms of his probation while recuperating in Germany. The probation stemmed from a 2014 embezzlement conviction that Navalny has rejected as fabricated and the European Court of Human Rights has ruled to be unlawful.

European Union foreign policy chief Josep Borrell said after visiting Russia last week that the 27-nation bloc must take a firm stance in its relations with Russia and ponder new sanctions in the wake of Navalny’s prison sentence. While Borrell was meeting with Lavrov, Moscow announced the expulsion of diplomats from Germany, Poland and Sweden for attending protests in support of Navalny.

The three EU countries responded in kind Monday, each expelling a Russian diplomat. Borrell has said he plans to submit proposals for possible actions against Russia when he chairs the next meeting of the bloc’s foreign ministers on Feb. 22.

Navalny’s arrest triggered a wave of protests across Russia that drew tens of thousands of people to the streets in the largest show of discontent in years. Authorities responded with a sweeping crackdown, detaining about 11,000 people across Russia. Many protesters were fined or given jail sentences ranging from seven to 15 days.

The United States and the European Union have urged Russia to release Navalny and to end the crackdown on protests. The Kremlin has accused them of meddling in Russia’s internal affairs and said it would not listen to Western criticism of Navalny’s sentencing and police actions against his supporters.