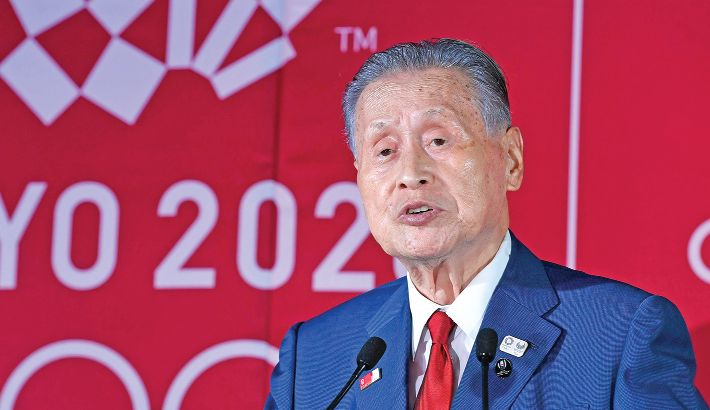 Tokyo Olympics chief Yoshiro Mori is to resign after he sparked outrage in Japan and abroad by claiming that women talk too much in meetings, reports said Thursday.

The decision comes after a barrage of criticism from politicians to sports stars, and is the latest headache for organisers as they battle public disquiet over plans to hold the Games this summer despite the pandemic.

Multiple Japanese media outlets, citing anonymous sources, said the 83-year-old has told officials he wishes to step down and will announce his resignation at a meeting of Games organisers on Friday.

Gaffe-prone Mori, a former prime minister, has come under increasing pressure since remarks he made last week to members of the Japanese Olympic Committee.

"When you increase the number of female executive members, if their speaking time isn't restricted to a certain extent, they have difficulty finishing, which is annoying," he said.

He has apologised for the sexist remarks -- but insisted he was repeating complaints made by others, and dug a deeper hole when he explained that he "doesn't speak to women much".

Public broadcaster NHK and other media said Mori met Kawabuchi Thursday to ask him to take on the role of president.