First temple of the world 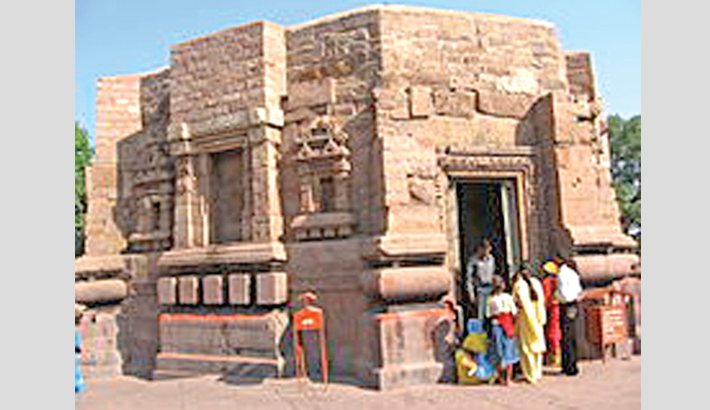 Roughly speaking, a temple (derived from Latin word templum) may be defined as a structure built for worship of gods or for conducting religious or spiritual activities. Normally, a place of worship for Hindus and Shikhs is known as temple. From time immemorial temples have been built and many new ones are being constructed till today. Anthropologists and historians believe that human beings first began farming in the riverine fertile valleys stretched from today’s Turkey to Iraq. Leaving nomadic hunter life they gradually started nourishing animals, living collectively and formed society. Civilisation, state, religion, faith, system of writing, painting were developed.  Nomads and tribal people had their own beliefs and worshipped different visible and invisible objects of nature like fire, water, air etc. as gods. These beliefs played an important role in their social life and led to construct a definite place for worship of god that was named temple.

The history of temple is very old. There are thousands of temples in many countries of the world, but it is very difficult to ascertain the origin of temple. According to the Archaeological Survey of India, The Mundeshwari Devi Temple of Bihar is considered to be the oldest active Hindu temple in India. There are many well known temples in India, but it is surprising that a less known small temple at Sanchi in Madhya Pradesh is the oldest (built in early 5th century) surviving temple in India. Bhitargaon Temple of 5th century in Uttar Pradesh is the oldest surviving brick temple in India. Indonesia is the largest Muslim country of the world, but Prambanan or Rara Jonggrang is a 9th century Hindu temple there.

Apart from all these Göbekli Tepe is referred to as the first temple in the world. It is a sanctuary built on a hilltop in south eastern Turkey. The walls are made of dry stone and T-shaped 10 feet high pillars are made of limestone. Evidence discovered so far confirms that the site was erected 12,000 years ago as the oldest man-made place of worship. It is the first architectural masterpiece outside the huts built for human habitation. Farmers, pastoralists and hunters gathered there to ensure the next year’s delicacies with offerings to gods. The thoughts arose in their minds that it may be used as the imaginary abode of gods as well as the dead.

Göbekli Tepe consists of four arrangements of monolithic pillars linked together by segments of coarsely-built dry stone walls to form a series of circular or oval structures. There are two large pillars at the centre of each complex which are encircled by slightly smaller stones facing inward. Archaeologists think that these pillars supported roofs. The structures vary in size between around 33 and 98 feet in diameter and have floors made of burnt lime.

Since 1994 excavation is going on at the site jointly by German Archaeological Institute and Istanbul University, but till today only around 10% of this huge temple has been recovered. It is thought that people never lived there permanently. At a certain time of the year people from different tribes assembled there and offered their gifts. As the first shrine in the world the first pilgrimage was also to Göbekli Tepe. It is thought that original religion was born here and along with human habitation it gradually spread all over the world in different forms and names which is still continuing.

Construction of Göbekli Tepe is certainly different from that of today because use of wheel or metal and the art of writing or pottery were unknown then. Yet they polished and used a single stone pillar weighing 18 tonnes, painted their deities on it and placed it straight which is a real wonder. Around 25 years ago, scientists had the idea that people of that time were divided into small tribes engaged in hunting and similar types of work. They had little contact among one another. Moreover, tribes had their own deities and priests. Procurement of construction materials was very tough. As there was no mechanical support they had to depend on manpower. Naturally, a large number of people of different tribes participated shoulder to shoulder to construct the huge temple.

Twenty shrines have been discovered there on 22 acres of land. The tallest pillar is 18 feet high weighing 16 tonnes. Human shapes and animal faces like scorpions, wild boars, snakes, storks, foxes, vultures, lions, bulls, water fowls and insects etc. were wonderfully craved on the main T-shaped pillars. Probably they took these animals for symbols of souls or of another mysterious world about which their idea just began to grow. There are also abstract shapes of woman posing frontally in a sitting position.

It is clear that those nomadic people were not so skilled in planning and construction work because the main pillars were placed in the wrong place. Due to some mysterious reasons, after every few decades the temple was abandoned and they rebuilt the temple. For reasons not clearly known their construction skill gradually declined and the pillars continued to dwindle. There was lack of care and everything was probably done casually. Finally, the huge temple collapsed, but it is to be acknowledged without hesitation that those primitive people placed a wonderful precedence for human race.

A few decades ago experts had no specific idea about the Göbekli Tepe because they thought that it was a monument of Byzantine period. Afterwards German archaeologists conducted extensive research and this magnificent installation built by nomads around 12,000 years ago astonished themselves as well as the world.

It is a very pertinent question that why did hunters construct such a huge temple? It is also difficult to believe that the barren semi-desert area where Göbekli Tepe is located was once a region of green meadows, forests and fields full of wild barley and wheat. The area also thronged with large flocks of geese and ducks. However, the animal and plant remnants indicate such a colourful and idyllic scene that Göbekli Tepe has sometimes been compared with the Biblical Garden of Eden. Some people take the story for literally true. According to them, the Garden of Eden is located at a point where four rivers descend which has been interpreted as the Fertile Crescent. Whatever be their belief, it is beyond doubt that the glory of Göbekli Tepe is ever bright.