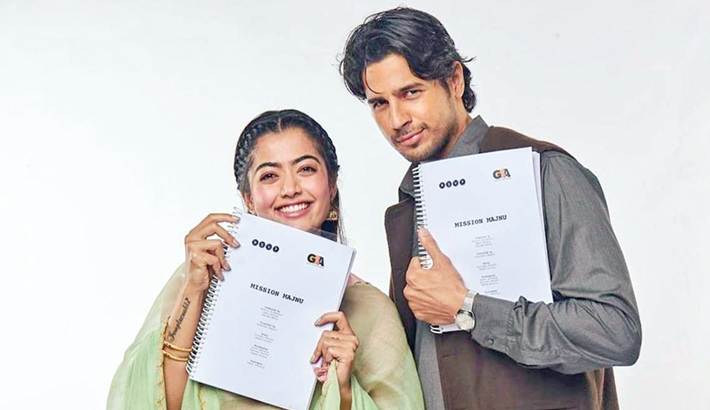 Set in the 1970s, the film is inspired by real events and follows the story of India’s most courageous mission in the heart of Pakistan that forever changed the relationship between the two nations.

Malhotra, the star of films such as Kapoor and Sons and Ek Villain, took to Instagram to share the news of shooting start.

“A special one with a special team. #MissionMajnu, day one,” Malhotra wrote alongside a picture, in which he is seen holding the script of the film with Mandanna.

The 36-year-old actor will be seen as a RAW agent, who leads the mission.

The director said the team is exciting production on the project.

“The entire team was eagerly waiting to shoot with Sid to begin the exciting journey that lies ahead. Finally that day is here,” Bagchi said in a statement.

Producer Ronnie Screwvala, known for films like Uri: The Surgical Strike and The Sky is Pink, is producing the espionage thriller via his RSVP Movies along with Bajrangi Bhaijaan producer Amar Butala and Garima Mehta.