Gas prices spike but US inflation otherwise tame in Jan 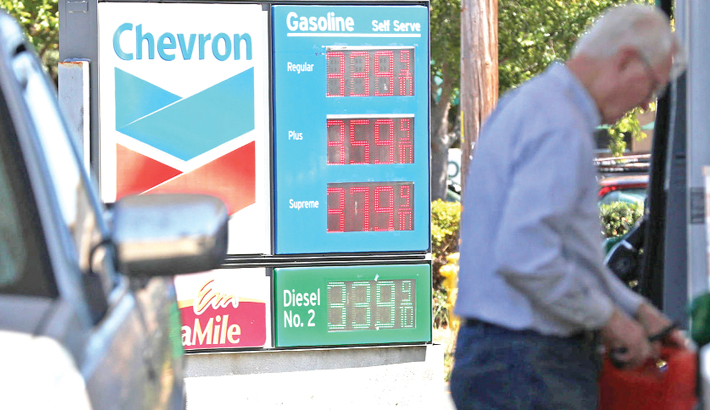 WASHINGTON: Gasoline prices rose again in January, but they remain well below last year’s level and overall inflation in the United States continues to be tame, according to government data released Wednesday.

And “core” CPI excluding volatile food and energy prices was unchanged for the second straight month, the report said.

While shoppers might revel in low prices, too-low inflation is a concern for the Federal Reserve as central bankers fret over the state of the US recovery as it recover from the Covid-19 crisis.

Headline and core CPI were up 1.4 percent over the past 12 months, the data showed, well below the 2.0 percent goal the Fed wants to achieve as part of a healthy economy and stable prices.

Inflation has become a key part of the debate over President Joe Biden’s proposed $1.9 trillion economic rescue plan, as some economists, most notably former Treasury secretary Larry Summers, fear excessive spending that is not well targeted will ignite a surge in prices.

Kathy Bostjancic of Oxford Economics warns that “very tame” inflation will give way to rising prices as the economy begins to recover.

“Looking ahead, inflation is poised to rise above two percent in the spring, but this will be driven largely by easy base effects” such as prices depressed by the pandemic, she said.

Those spikes “should be transitory,” she said, and not of concern to the Fed.

Ian Shepherdson of Pantheon Macroeconomics noted that “markets are much more interested in the month-to-month numbers, which are unlikely to shift up sustainably until the reopening of the economy is well advanced.”