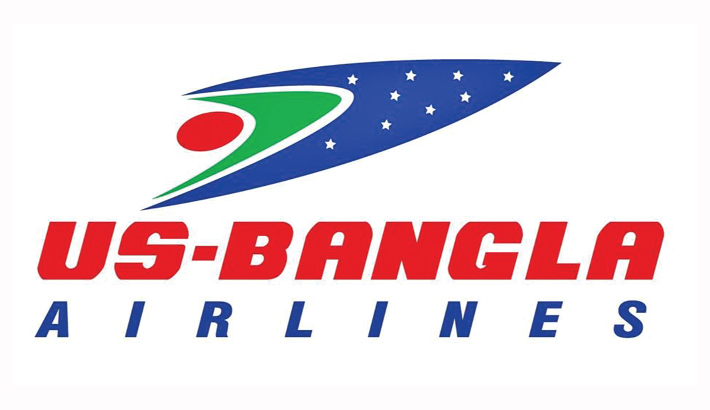 Smuggling of gold into the country is continuing unabated as US-Bangla Airlines and some syndicates have reportedly been active in smuggling the precious metal by aircraft.

US-Bangla Airlines Ltd has reigned supreme in gold smuggling in recent years though names of other airlines involved in such a crime have come to light in the recent past.

Not only some passengers of US-Bangla Airlines but also several of its employees, including air hostesses, have been arrested with a large number of smuggled gold bars in recent days.

The arrested staff members have admitted to courts that godfathers of gold smuggling have remained behind the crime scene.

Many crime experts have raised questions about the unbridled smuggling of gold into the country.

They have suggested that the government authorities should go deeper into investigation into gold smuggling cases, identify the real godfathers and bring them to book.

Otherwise, the country will have to pay for it in the aviation sector. In the interest of the country, it is not right to allow Bangladesh to be used as a route for international smuggling, they warned.

In the latest incident, the Customs Intelligence and Investigation Directorate (CIID) seized 7kg gold from a US-Bangla flight at Hazrat Shahjalal International Airport in Dhaka on February 9.

At that time, eight employees of US-Bangla Airlines were arrested in connection with the gold smuggling. They were also put on four-day remand in a case.

Aviation expert Kazi Wahidul Alam said, “If there is a leak in the jug, water will fall. Everybody knows where the problems are at the airport or where the airlines. Such type of incident is not happening in India. This will continue to happen if the authorities don’t go tough.”

He also said that so far there have been many cases filed over smuggling. Some accused have also been arrested. Charge sheets are also submitted. However, I did not notice the whole story of the incident came to light in any of the charge sheets. But the time has come for the higher echelons of government to be tougher on these issues.

Another aviation expert, Nurul Haque, said that as far as I know payments are made through gold. It can be a weapon or a drug. However, in order to stop these activities, exemplary measures should be taken by identifying the parties interested in it.

According to the case filed last Tuesday, US-Bangla Airlines' BS 342 flight from Dubai landed at the boarding bridge No. 4 of the airport at 7:00am on Tuesday. The leftover food boxes of that aircraft were taken in the catering service vehicle. The gold was found by searching the car at that time.

The detainees include seven catering assistants and a catering helper. The gold was kept hidden in the food storage vehicle of the Hi Lift Covered Van. Customs detectives believe the detainees were involved in gold smuggling.

Customs detectives said the US-Bangla Airlines flight from Dubai arrived at Hazrat Shahjalal International Airport. The search was carried out after picking up passengers’ leftover food box from the plane in the catering service car. At one stage, 60 gold bars weighing 7kg were found in the box. The estimated value of the smuggled gold is 4.87 crore.

CIID Assistant Director Iftekhar Alam Bhuiyan said that a case has been lodged with the Airport Police Station over the arrest of eight employees of US-Bangla Airlines with the smuggled gold.

Earlier, Dhaka Customs House seized 7.29kg gold from a passenger, Sarwar Uddin, who was on a US-Bangla flight from Muscat on January 22.

Customs officials said that the Preventive Team of Customs House Dhaka was monitoring the situation at various points of the airport on the basis of secret information.

The passenger, who later flew from Muscat by US-Bangla flight, was found in a small black bag with 62 gold bars weighing 7.29kg and 98 grams of gold ornaments. The market value is around Tk 5 crore.

A case has been registered with the Airport Police Station. It is currently being investigated by Counter Terrorism and Transnational Crime Inspector Morshed.

Sarwar gave a confessional statement under section 164 that he brought the packet from Muscat airport for $500. In his statement, he didn’t disclose any name behind the scene.

Moreover, customs officials recovered 3.71 kg gold from the driver of a US-Bangla Airlines passenger car at HSIA on July 31 the same year, which a market value is about Tk 3 crore.

A passenger named Mamun Mia, who had brought the gold bars from abroad, was also detained. Its estimated market value is about Tk 17.40 lakh.

Rokeya Sheikh Moushumi, a cabin crew of US-Bangla Airlines, was arrested from Hazrat Shahjalal International Airport. On September 5 in 2019, she confessed to being involved in gold smuggling after police produced him before haka Metropolitan Magistrate’s Court on the completion of two-day remand. Judge Tofazzal Hossain recorded the statement.

Earlier on September 5 in 2019, APBN members arrested Moushumi along with 9.51 kg of gold. APBN’s SI Helal Uddin filed a case against six people, including Moushumi, with the Airport Police Station under the Gold Smuggling Act. Nesar Uddin, a cabin crew who joined Biman Bangladesh Airlines from US-Bangla Airlines, his wife, passengers Suhel Khan, Lucky and Bappi were accused in the case.

On April 20, 2019, customs detectives seized 14 kg of gold worth about Tk 7 crore from a US-Bangla Airlines flight. The gold was found in the toilet of a flight from Bangkok to HSIA, according to the CIID.

They said a total of 120 gold bars weighing 10 tolas each were recovered. The customs intelligence team received secret information that the gold would be smuggled on a US-Bangla Airlines (BS214) flight from Bangkok. The aircraft was searched as soon as it landed. At one stage, the bars were found abandoned in the toilet of the aircraft.

On 24 September in 2017, Customs detectives recovered 4.66 kg of gold bars from a US-Bangla Airlines flight at HSIA. The gold was recovered from the airline (flight number BS202). Its market value is about Tk 2.30 crore.

According to intelligence sources, a specialised unit of the police working at the airport, has given a confidential report mentioning the involvement of US-Bangla Airlines in various crimes, including smuggling last year.

Mohammad Shahidullah, deputy commissioner of Uttara division of the police, said that the gold smuggling case was being investigated according to proper rules. All the cases are taken seriously.

Abul Kalam Azad, chief security officer of US-Bangla Airlines, was called regarding the incident of gold shipment in US-Bangla Airlines. He said he no longer looks into security. He is now looking customer service.