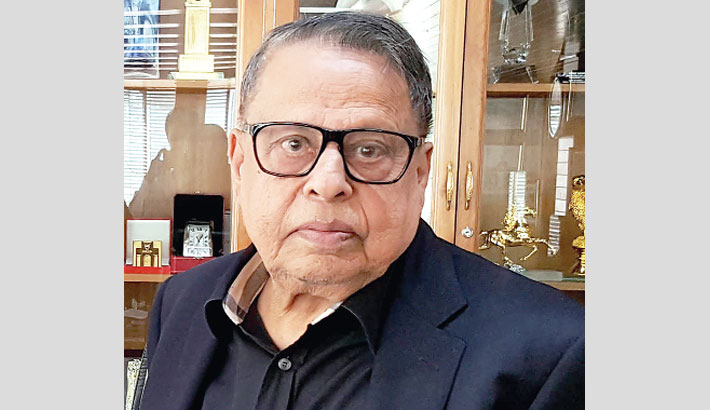 Zainul Haque Sikder, chairman of Sikder Group of Companies and a freedom fighter, passed away on Wednesday. He was 91.

He breathed his last around 2:30pm (BST) at a hospital in Dubai where he had been undergoing treatment, family sources said.

Zainul Haque Sikder was also the chairman of

Bashundhara Group Chairman Ahmed Akbar Sobhan also expressed deep shock and sorrow at the demise of the chairman of Sikder Group, one of the country’s largest industrial conglomerates.

An entrepreneur of post-independence Bangladesh, Zainul Haque Sikder was born on August 12, 1930 in Assam of undivided India and he migrated to present-day Bangladesh with his family during the partition in 1947.

He was one of those who contributed greatly to the development and progress of Bangladesh. He established a large number of business ventures in the fields of education, health, housing and tourism.

He was well-known as a philanthropist, too. Besides founding schools, colleges and hospitals, he extended support to efforts for poverty reduction and welfare of the underprivileged and marginal people.

He arranged a Qulkhawani for Bangabandhu and his family members on August 19, 1975, four days after their brutal assassination, at Rayerbazar in the capital. For that, he had to face harassment and intimidation of the military intelligence and languish in jail.

Zainul Haque Sikder left the comfort of sleeping on the cot and started sleeping on the floor out of love for his beloved ‘Mujib Bhai’ after the assassination of Bangabandhu and continued the practice until the trial of the brutal murder began.

He set up several businesses in health, education, real estate and tourism sectors, which created employment opportunities for over 20,000 people, said a press release of Sikder Group.