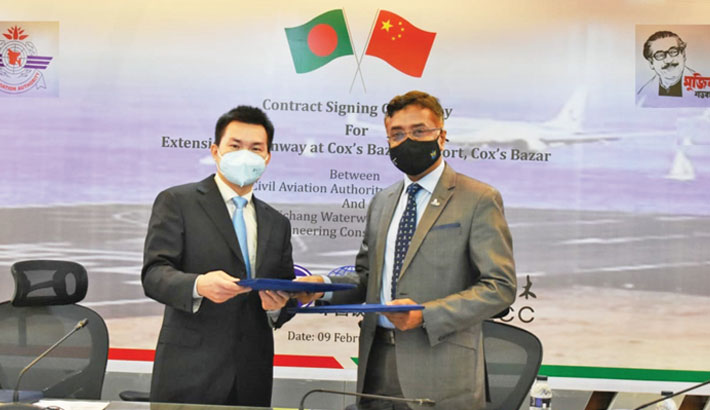 Cox’s Bazar airport is set to see expansion to help take off and landing of larger aircraft as part of a government move to expand tourism in the important south-eastern tourist spot.

A total of 1,700 feet runway will be extended to Cox's Bazar Airport's Maheshkhali Channel through reclamation process.

The project is aimed at upgrading Cox's Bazar airport to a world-class airport to facilitate domestic and foreign travel and also meet the growing demand for aviation.

Upon the completion of Cox's Bazar airport expansion, it will facilitate operation of spacious aircraft Boeing-777-300ER and Boeing-747-400, said a press release issued by CAAB.  The international tourist movement will increase from this airport as well as ordinary passengers.