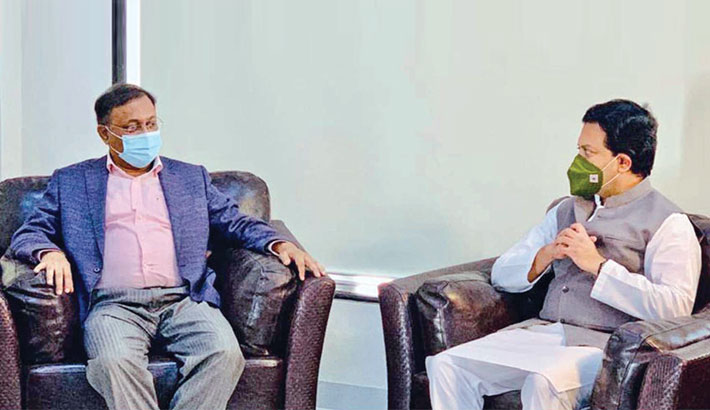 Information Minister Dr Hasan Mahmud on Tuesday said making of biopic ‘Bangabandhu,’ a joint venture of Bangladesh and India, is progressing fast as lion portions of the film have already been completed, reports BSS.

The minister made the comments after inspecting the making of the film, based on life and works of Father of the Nation Bangabandhu Sheikh Mujibur Rahman, at Mumbai Film City, India, said a press release received here.

Hasan lauded the director for exactly making replicas of Dhanmondi-32 house where Sajeeb Wazed Joy was born, bunker of the then Pakistani forces and neighboring house as shooting set.

Later, the minister exchanged views with Indian citizens, who took part in the Liberation War of Bangladesh, and other prominent citizens of film arena at a function organised by Bangladesh Deputy High Commission in Mumbai.

Hasan, also Awami League joint general secretary, inaugurated the 3rd Bangladesh Film Festival on February 5 and gave speech on Brigade Parade Ground on February 6, where Bangabandhu gave speech along with Indira Gandhi in the presence of about 10 lakh people on the day 49 years back.