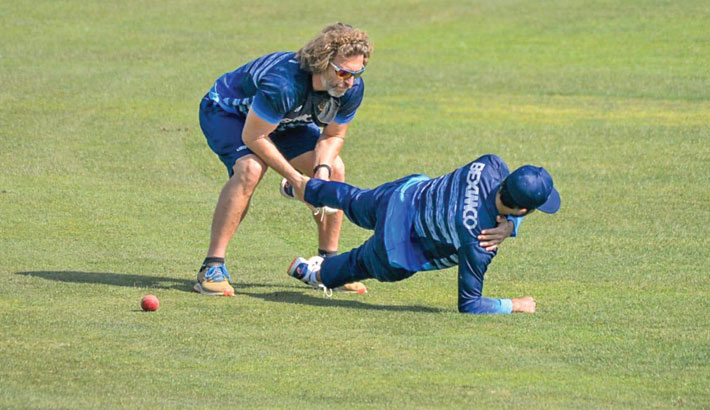 Bangladesh team management is currently losing their sleep over the availability of opener Shadman Islam for the series-deciding second Test against West Indies, starting in Dhaka on Thursday.

Bangladesh have already lost Shakib al Hasan for the second Test due to a groin injury and Shadman, who scored a fifty in the first innings of Chattogram Test, also received a groin injury during the match.

Shadman came to the field with his fellow team-mates on Tuesday and was seen working with physio Julian Calefato on his fitness.

However, Soumya Sarkar, who replaced Shakib, could end up filling Shadman’s position if eventually he is ruled out.

“Shadman has a groin injury that he sustained during the opening Test and we are waiting to see how he recovers ahead of the second Test,” chief selector Minhajul Abedin told The Daily Sun on Tuesday.