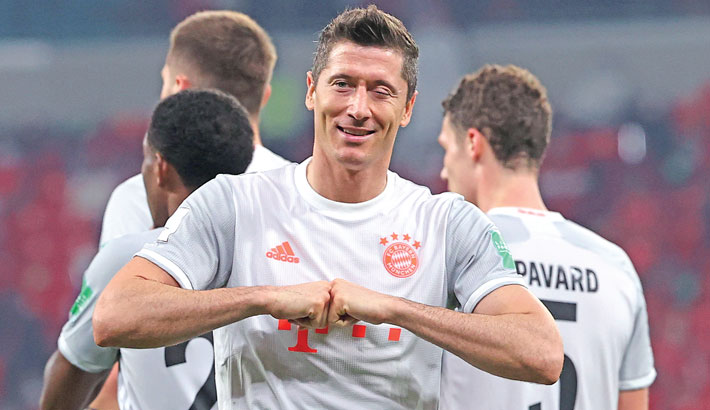 Robert Lewandowski says Bayern Munich are eager to claim their sixth title in a year after advancing to the Club World Cup final as his goals sealed a 2-0 victory over African champions Al Ahly in Monday's semi-final.

The European champions face Tigres in the final on Thursday after the Mexican club saw off Brazilian giants Palmeiras in Sunday's other semi-final.

"It was a very good match and we're ready for the final," Bayern striker Lewandowski told reporters.

He gave Bayern the lead with just 17 minutes gone at the Ahmad Bin Ali Stadium, a host venue for the 2022 World Cup in Qatar. The Poland star then headed home a pinpoint Leroy Sane cross four minutes before the whistle to book Bayern's place in the final. Lewandowski, the Bundesliga's top scorer, has now scored 29 goals in 27 club matches this season.

Bayern are bidding to become only the second team after Barcelona in 2009 to win all six domestic and international titles up for grabs in one season.