What We Need to Eradicate Leprosy 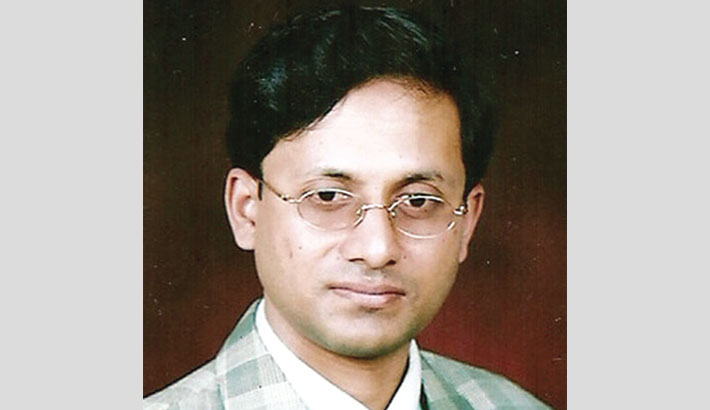 World Leprosy Day was observed across the country through various programmes and activities on 31st January. The day has been celebrated on the last Sunday of January every year since 1953 to raise public awareness about leprosy. The day was introduced by Raoul Follereau, a French philanthropist and one of the founders of the International Federation of Anti-Leprosy Associations (ILEP). He chose the third Sunday after Epiphany in the Catholic calendar — the day on which Jesus Christ is said to have helped a leper to be healed. Incidentally, the day was January 30 — the death anniversary of Mahatma Gandhi, who was a lifelong voice against the neglect and deprivation of lepers in society. For this reason, Leprosy Day is observed in India on January 30 every year.

Leprosy is one of the oldest diseases recorded in human history. The disease has been mentioned in the religious texts of the three major religions of the world, namely Hindu, Christian and Muslim. It is found in the legends of almost all the oldest civilisations of the world including Egypt, China, Greece, Rome, India, etc. It is believed that the history of this disease is four thousand years old. The earliest skeletal evidence of the disease is found in India, which dates back to around 2000 BC.  However, even though people became acquainted with the disease thousands of years ago, they did not know the exact cause. Nor did they have any treatment for it. As a result, for hundreds of thousands of years, various illusory ideas and superstitions have been at the centre of this disease and the victims have been oppressed and persecuted in society from generation to generation, year after year. Somewhere it is thought to be the curse of God and somewhere the crop of wickedness. Although they did not know much about the causes or remedies of the disease, the people understood that the disease could be contagious and spread from person to person. As a result, being the victim of the selfishness of society, they turned to be untouchable, outcast and even exiled from the locality in some cases.

The day has changed. Today, thanks to modern science, we are well aware of the causes and symptoms of leprosy and progression of the disease. We also have its effective treatment under our control. The milestone in the course of this trajectory was the groundbreaking discovery by the Norwegian scientist Gerhard Hansen in 1873. The scientist proved through his research that leprosy is actually a microbial disease caused by a slow-growing bacterium known to us today as Mycobacterium leprae. Since then, the disease has also become known as Hansen's disease.

The discovery of the antibiotic Dapson in the 1940s had been the first significant success in the treatment of leprosy. One of the limitations of this drug was that it had to be taken for many years, often lifelong, which made it difficult to ensure patient's adherence to the course of treatment. Nevertheless, it has been the mainstay of leprosy treatment for almost two decades. However, in the 1960s, Mycobacterium leprae began to become resistant to Dapson. During this time two new antibiotics, rifampicin and clofazimine, were discovered. The combination of these two antibiotics with Dapson was found to be very effective in the treatment of leprosy. This multi-drug therapy (MDT) has been used to treat leprosy ever since. This treatment regimen provides a quick improvement in the patient's condition. However, treatment may need to be continued for up to two years to ensure that the disease does not recur.

The causative organism Mycobacterium leprae spreads from the patient in the atmosphere as droplets during coughing and sneezing. If a genetically predisposed, immunologically compromised person stays in close contact with such a patient for a long time and repeatedly inhales contaminated droplets released from the patient when coughing or sneezing, he may be infected. The immunity of the person concerned is very important here. In fact, 95% of adults do not get infected even after exposure due to their strong immunity. There is almost no possibility of spreading this disease through touch. This is because the germ of this disease cannot penetrate the intact skin. Symptoms of the disease usually appear in the body 3 to 5 years after the germs enter the body. In some cases, it can take up to 15 to 20 years for symptoms to appear. The disease mainly affects the peripheral nerves, skin, eyes and mucous membranes of the upper respiratory tract. There may be light and dark patches/nodules on the skin and subsequent sores, reduced or lost sensation in the affected parts, tingling and weakness in the hands and feet and swelling in the face and earlobes. If left untreated, the disease later can cause progressive and permanent sequelae, including deformities and mutilations, reduced limb mobility and even blindness.

There has been significant progress in leprosy control in the world since the introduction of Multi Drug Therapy (MDT). Statistics show that the number of leprosy patients in the world has come down from 52 lakhs in the 1980s to 2 lakhs today. However, one big concern is, if you have a look at the statistics of the last 10 years, you will see that more than 2 lakhs of new cases have been identified every year. According to the World Health Organization's 2019 statistics, 56 per cent of them have been identified in India. It is followed by Brazil (13.6%), Indonesia (8.5%), Nepal (1.9%) and Bangladesh (1.8%). From the last 10 years (from 2010 to 2019), the number of new cases in Bangladesh was between 3,500 and 4,000 almost every year. The actual number of leprosy patients in the world may be much higher. It is estimated that about 4 million patients are awaiting identification, who have not yet been identified due to a lack of medical expertise and access to health system (Leprosy piRnome: exploring new possibilities for an old disease | Scientific Reports).

In Bangladesh strong public/private campaigns to eradicate leprosy are in place. The World Health Organization (WHO) target of reducing the number of leprosy cases to 1 per 10,000 has already been achieved in 1998. The Prime Minister called upon all to work towards building a leprosy free Bangladesh by 2030. With this goal in mind, in recent years, the National Leprosy Programme has been in action to implement the National Leprosy Strategy formulated in the light of the World Health Organization's Global Leprosy Strategy (2016-2020). In the country, we have three specialised public hospitals for the treatment of leprosy. Moreover, according to an article published in a national daily, leprosy treatment is available in all levels of other government hospitals starting from Upazila Health Complexes to District Sadar and Medical College Hospitals. These hospitals also have provisions for bacteriological diagnosis, skin biopsy, nerve biopsy and other immunological tests. Various non-governmental voluntary organisations including The Leprosy Mission International Bangladesh (TLMI-B) are also treating leprosy patients through hospitals and clinics. In addition, medicines used to treat leprosy (MTD) are provided free of charge with funding from the World Health Organization (WHO). All in all, the arrangements for leprosy treatment in the country are not bad at all. However, in the advanced stages of the disease, many patients develop a variety of physical complications and deformities, which may require specialised treatment, including surgery. This may require more skilled physicians and sophisticated equipment and, so more funding, which may not yet be sufficient in terms of demand.

The question that becomes important here is, having a look at the annual statistics of new cases doesn't it seem like that we've been stagnant at one point for the last ten years even after all these endeavours? Keep in mind that we are in the top five in the world in terms of the number of new cases identified. Therefore, if we want to build a leprosy free country, we need to pay special attention to this point. The spread of the disease must be stopped. How is that possible? It has been found that within a few days of starting multi-drug therapy, the patient loses the ability to spread the disease. Also, if a leper is brought under treatment in the early stages of the disease, he can recover completely, without any risk of disability. Therefore, what we need is to undertake a crash programme to quickly identify potential leprosy patients in the leprosy-prone areas of the country in the very early stage of the disease and bring them under treatment. For this, massive mass training and publicity activities have to be undertaken to make the people aware about the symptoms of leprosy. Platforms like schools and colleges, mosques and madrasahs and socio-political organisations in the area can also be engaged to this end. In addition to the actual doctors in the area, people like the village doctors and drug dealers, who have a large crowd of financially indigent rural people, can also be brought under the training in this kind of leprosy identification project. This will create opportunities for advising a person with signs of leprosy to consult immediately a specialist doctor, health centre or hospital. The country's print and electronic media can also take special initiatives to create public awareness. After all, since it is basically a public health problem, good results can be expected if public health professionals could be actively engaged in the overall planning and implementation.

The writer is a professor of Pharmacy Department, Jahangirnagar University.