Shakib out of second Test 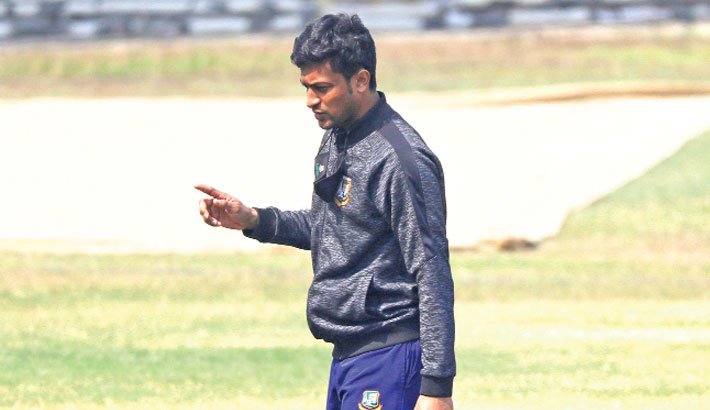 Bangladesh received another massive blow ahead of the second Test of the ongoing series as their ace all-rounder Shakib al Hasan ruled out from the contest after failing to recover from an injury.

“Shakib has been assessed and monitored continuously since suffering a strain on his left thigh on the second day of the match in Chattogram and after careful consideration it has been confirmed that he will not be available for the second Test,” Bangladesh Cricket Board revealed it in a statement on Monday.

“Shakib will leave the team Bio-security Bubble this week and for the time-being will be under the surveillance and treatment of the BCB Medical Team in Dhaka as he continues to recover and consolidate his physical robustness,” it added.

Bangladesh have been fretting over Shakib's fitness since he picked up a groin injury in the last of the three-match ODI series against West Indies but the 33-year-old somehow got a place in playing XI in the first Test in Chattogram. Shakib, who seemed to have re-injured his groin on the second day of the first Test while fielding after scoring 68 runs, opted to leave the field after bowling only six overs as he was feeling uncomfortable.

BCB later revealed it was a new injury considering the last one was on his left side of his groin while the new injury is on his left thigh adding that the BCB medical team will continue to treat and review his progress over the course of the first Test.

The unavailability of Shakib will be a major blow for the hosts as they prepare for the series deciding second Test that will get underway at the Sher-e-Bangla National Cricket Stadium in Mirpur on February 11.

Shakib’s absence came at the forefront after Bangladesh failed to defend a target of 395 in the fourth innings as their remaining spin- trio Taijul Islam, Nayeem Hasan and Mehidy Hasan failed to pose any threat to the visitors on the final day. Bangladesh lost the match by three wickets after Kyle Mayers made unbeaten 210 runs on debut.

Both Bangladesh and West Indies team arrived in Dhaka on Monday and they are expected to start their preparation from today at the SBNCS.