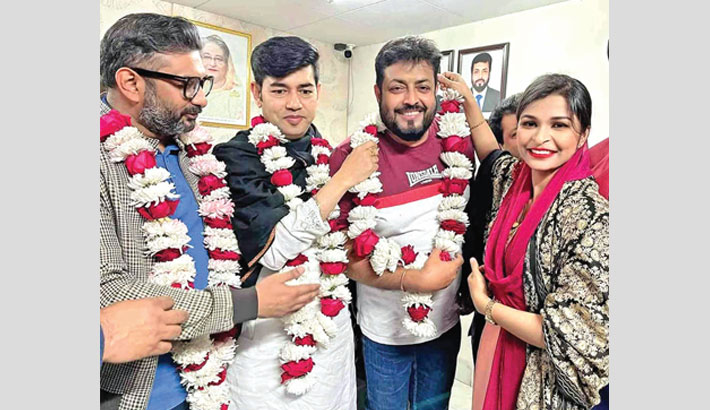 Omar Sani led panel bagged all the posts of the new executive committee.

Oamr Sani bagged 278 votes while his rival candidate Atiqur Rahman got 158 votes in the election.

About the election, Omar Sani said, “I’m very happy that we have won the election. I want to express my gratitude to the club members especially Moushumi and Amit Hasan. Now my duty is to work for the welfare of the club.”

Nazrul Islam Raz is one of the elected executive members of the club. He said, “Thanks to everyone for their valuable vote. I will do every possible work for the Film Club’s development. I will take care of each member of this club and will stay beside of them.”

Former president of the club Amit Hasan said, “I’m really happy that my friend Omar Sani has won the election. My best wishes for him.”