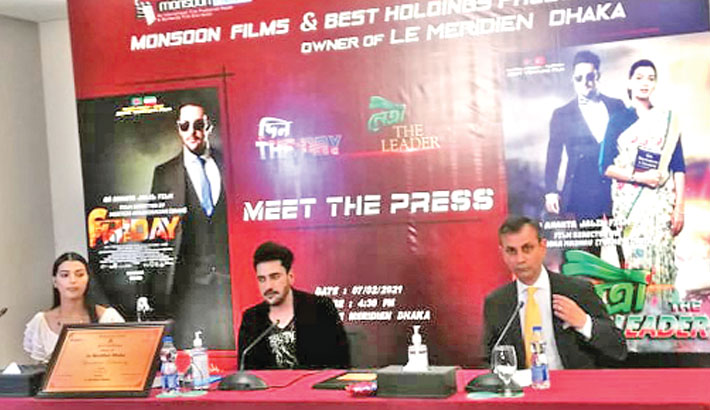 This was disclosed at a press conference held at hotel Le Meridien in the capital on Sunday. An agreement was also signed between Monsoon Films Bangladesh and Best Holding Limited after the press meet regarding this movie.

Alongside popular actors of the country Indian and Turkish artistes will also be seen acting in the film. The cast and crew of the movie will be announced in a grand programme on February 27.     Borsha will be seen in the titular role while Ananta will play her chief security officer in the movie.

About the film, Ananta Jalil said, “We want to take our movies in international platform. That’s why we are collaborating with different countries. I hope the audience will accept our initiatives.” “Hopefully, our latest movie ‘Din-The Day’ will be released on the occasion of upcoming Eid festival”, he added.

M A Jalil Ananta, popularly known as Ananta Jalil, is a businessman, actor, director and producer of the country.  He made his debut as an actor and producer with the film ‘Khoj: The Search’ in 2010. In 2012, he appeared in two films, ‘The Speed’ and ‘Most Welcome’. Both the films were major commercial success and gave him breakthrough in Bangladeshi cinema.

In 2013 his only release was ‘Nishwartha Bhalobasa’. The film marked the directorial debut of Ananta. Its story, dialogue, screenplay and lyric of a song also written by him. It was premiered at 66th annual Cannes Film Festival. In 2014 ‘Most Welcome 2’, the sequel of his 2012 film ‘Most Welcome’ was released.