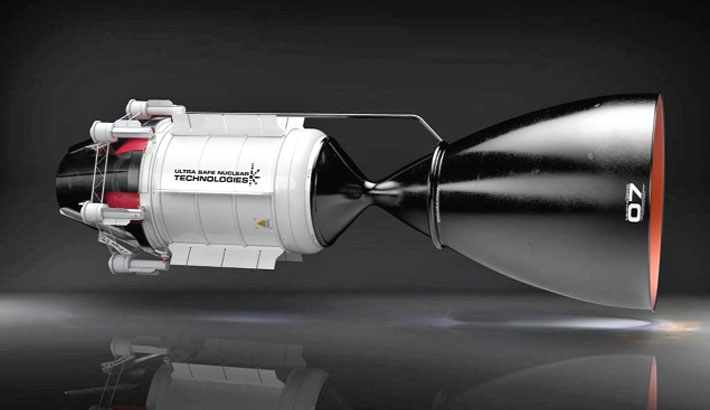 A nuclear-powered rocket could get a crewed mission to Mars in just under three months, according to a report on CNN. NASA’s plan is to get human to Mars by the year 2035, but there are several challenges to the trip.

The biggest being the time it would take to get to the red planet. A prolonged trip would also mean increased exposure to space radiation, which can seriously impact the health of astronauts on the mission.

Now, Ultra Safe Nuclear Technologies (USNC-Tech), a Seattle-based company, has come up with a design of a spacecraft that will use nuclear-powered rockets to shorten the trip. Currently, NASA’s goal for a one-way trip to Mars is around five to nine months.

But switching to a nuclear thermal propulsion (NTP) engine does come with its own risks, though USNC-Tech claims to have made it safe for the crew.

According to Michael Eades, the director of engineering USNC-Tech, the rocket has been designed in such a way that it will store liquid propellants between the “engine and the crew area” and block out the radioactive particles to ensure the crew does not get exposed to radiation during the flight.