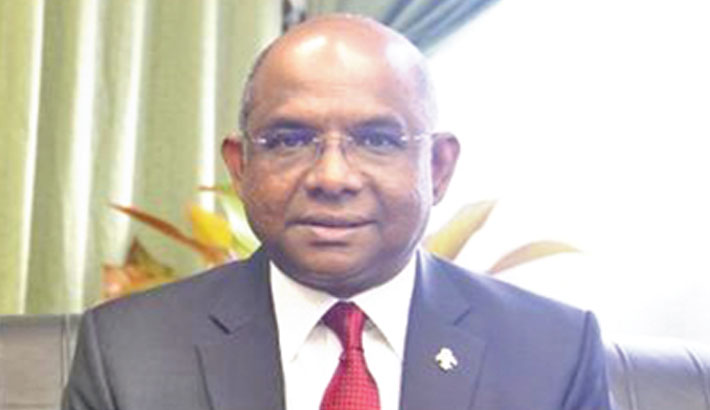 Foreign Minister of the Maldives Abdulla Shahid will arrive in Dhaka tonight on a four-day official visit to Bangladesh, aiming to further strengthen bilateral ties between the two countries.

He is coming to Bangladesh at the invitation of his Bangladesh counterpart AK Abdul Momen.

The two foreign ministers will hold a bilateral meeting tomorrow to discuss issues of mutual interests covering the entire gamut of bilateral relations.

They will also witness the signing of a Memorandum of Understanding (MoU) on cooperation between Bangladesh Foreign Service Academy and the Foreign Service Institute of the Maldives.

Apart from various issues related to the development of bilateral relations between the two countries, issues of Bangladeshi expatriate workers in the Maldives will be discussed during the visit of Abdulla Shahid.

Besides this, the issue of a possible visit of Maldives President Ibrahim Mohamed Solih to Dhaka in March will be discussed.

Bangladesh and the Maldives share excellent bilateral relations which have been strengthened over the years.

Around 80,000 Bangladeshi expatriate workers are currently working in that country, said the foreign ministry.

Ahead of the visit, Bangladesh High Commissioner to the Maldives Rear Admiral Nazmul Hassan on February 3 had a discussion on various aspects of the visit with the Maldives foreign minister and senior officials of the ministry.

Abdulla Shahid started his career as a Foreign Service Officer in the Maldives Foreign Ministry In 1983, and worked through the ranks, resulting in his appointment as Director, International Affairs in 1993.

He was appointed as Executive Secretary to the President in 1995, and held the post with distinction for over 10 years.

As foreign minister, he streamlined the work of the Ministry and broadened reach by opening new diplomatic missions, enhancing the perception of the Maldives despite the challenges of an initially tumultuous democratic transition.

Earlier on May 29 in 2009, Abdulla Shahid became the first elected Speaker of the People’s Majlis, and served to commendably demonstrate his leadership, oratory skills, sagacity and diplomatic prowess.