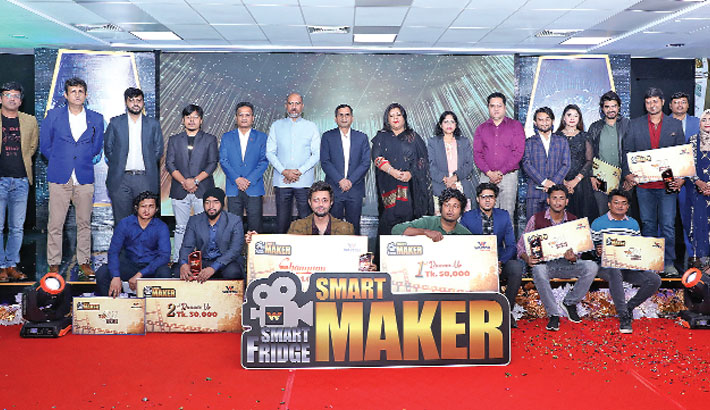 Among the 10 contestants in the final round, KM Ashraful Islam became champion while Shahed Shahrukh and Jannatul Khan Riki secured the 1st and the 2nd runner-up respectively, said a press release.

In the function, the champion of the video contest was awarded Tk 1 lakh as the first prize while the first and the second runner-up were received Tk 50K and Tk 30K respectively as the second and the third prize.

Besides them, Walton Refrigerator also gave away Tk 15K and crest to each of the other top seven winners of 4th to 10th position.

Country’s renowned news portal Risingbd.com was the media partner while Radio Today was radio partner of the video contest.