Impact of globalisation on developing countries 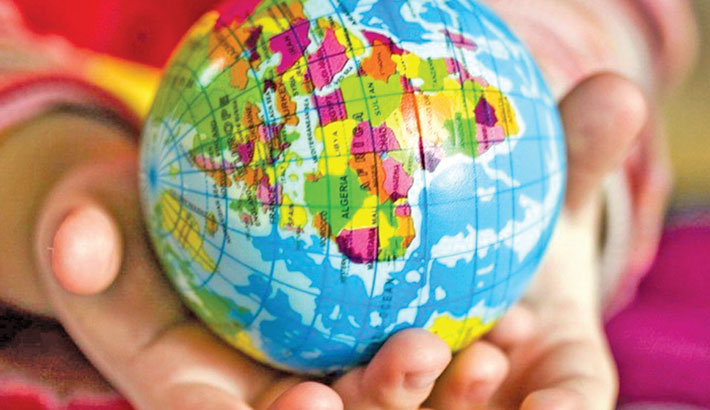 Globalisation is not a very recent phenomenon. Rather, people have been familiar with this term from the last phase of the last century. The features of globalisation have always been paving the way for better economic well-being through interconnectedness and the free flow of information among the nations. Globalisation is the integration of national economies, into the emergent international division of labour. It is a contrary term which may be rational in Economics; in other cases, it may be irrational. But the process of Globalisation is not equally beneficial for all the state stakeholders.

Developed or developing countries, both are being influenced differently by Globalisation. In general, Globalisation promotes growth. Usually, more developed countries do experience better economic well-being due to Globalisation. Because the process of globalisation reduces the role of government and increases interdependence among states, as a result countries with less economic capability fail to attain their expected benefit from these interdependencies.

Thus, Globalisation means the condition of unrestricted and easy movement of the factors of production, goods, services along with information and technologies. In this scenario, states become subject to the influence of multinational companies, with decreased state authorities’ role, increased cross border interdependence. The whole process paves a way for attaining a common culture in every aspect in exchange for sacrificing the world’s existing economic and political structure. In the changed economic structure, low-income countries go under the influence of MNC’s of technologically advanced countries.

Another article by author Mr Patrick Mutua Kioko, named ‘A Study on The Impact of Globalisation in Developing Countries: Focus on Africa from a Liberal Perspective’ gives an overview of the term ‘Third World Countries’. The author levelled those countries as third-world countries that are still in the process of development. Capitalist activities have been a strong part of the Globalisation process since it believes in the possibilities of progress. Juridical, equality, democracy and the free market are the four values also embraced by the Globalisation process according to the author.

‘Globalisation and the Challenge for Developing Countries’ by Mr. Shahid Yusuf, who is affiliated with the World Bank, included some aspects of how Globalisation impinges on development. He emphasised using trade to promote development, at the same time warned on the varieties of capital flows and their effects. He also explained the roles of migration as it can be a drawback for a developing country.

What are the effects of Globalisation on developing countries? How is Globalisation sponsoring inequalities through trade and economies to the developing countries? The effects of Globalisation on developing countries can be separated into few parts, for instance wages and inequality, education, health status and longevity, and lastly spread of infectious diseases. Highly paid jobs are for people with more expertise and highly skilled workers. So, less-skilled workers will be overlooked. On the contrary, due to economic integration, the multinational companies will outsource their work for the cheaper labour which will ultimately make the job market open for all. By this process, money can go to poorer economies where people will have money to invest in education, even the government will be more enthusiastic in spending for education.

As an outcome of economic flow to the developing world, people can have better health services, nutrition and life expectancy. But, when the countries are not isolated from the outer world, various infectious diseases have chances to spread. Even these infectious diseases could be beyond the control of the developed countries, and developing countries may lean towards western countries' humanitarian assistance.

The rapid growth in these two countries even caused a global decrease in the poverty rate. But the notion of inequality prevails when the developed or strong country’s MNC’s extract the resources (such as raw materials, oil, natural gas, hydrocarbons, etc.) of the developing countries in the name of Globalisation, and later these developing countries are in the situation of buying final products made from raw materials of their own country. Technological advancement is the leverage for the developed countries; thus, they promote inequality through Globalisation in terms of trade and economies.

Globalisation is always good for the economic growth of nations. Many analysts believe that by making markets more effective, increasing competition, limiting armed tensions and distributing resources more equally around the world, Globalisation gives a net profit to individual economies around the globe. There are both benefits and drawbacks to the developing countries due to Globalisation. It makes the sovereignty of the State fade and promotes interdependence. But the developing countries particularly cannot attain the benefit from the process of being globalised, rather the already developed countries have the benefit of Globalisation since they are technologically advanced and control the production know-how.