Global prospects of our golden fibre 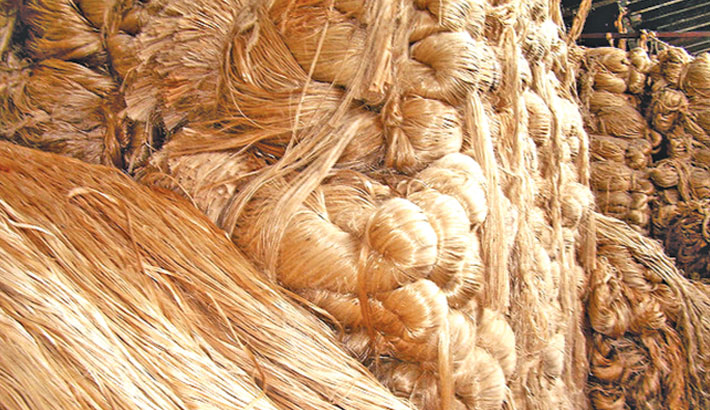 Golden fibre “jute” is one of the most popular cash crops of Bangladesh. Due to the quality of the soil and climatic characteristics, our country produces the best quality jute in the world. After independence jute played a major role in earning foreign exchange for the country. Jute production has reached record levels now. In recent years, with the involvement of 45 lakh farmers about 90 lakh bales of jute fibre are being produced in the country, which is one-third of the total production in the world.

Most of the countries in the world, including 28 countries in Europe, have banned plastic and tend to use natural products like jute for sustainable, environmentally friendly green development. While that opens up new horizons of possibilities for us, the real picture is very different. Only 3-4 per cent of our GDP comes from the export of raw jute and jute products. One of the reasons for this is that we export 80-90 per cent raw jute and process the remaining small amount of jute to make jute products.

On the other hand, India buys the lion share of exported raw jute. They are producing various versatile jute products by processing raw jute using their sophisticated industrial machineries. As a result, keeping pace with the demand of the world market, they are exporting jute products and earning huge profits in foreign exchange.

Although Bangladesh is equal to India in jute production, India is far ahead in capturing the global market for jute products. Incidentally, since the eighteenth century jute mills in Scotland and Europe depended on jute exports from Bengal. A rich class called Jute Barons was formed in Europe with the jute of Bengal.

Under the supervision of BJMC, the government jute mills have been able to show some profit for the last four years out of the last 48 years but the remaining 44 years have been continuously incurring losses. As a result, the government has had to keep them afloat with thousands of crores of rupees in compensation every year. The amount of loss is more than 10 thousand crore. However, the government has struggled to cope with the situation. 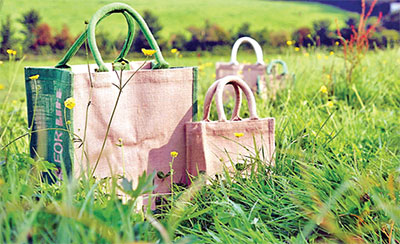 There has also been a labour movement creating unrest in the mills. Therefore, on July 1, the government decided to stop the production activities of the state-owned jute mills of the country by bringing more than 24,000 workers under the "Golden Handshake" by paying the 'hundred per cent' debt.

At a time when the golden potential of jute products is looming large in the global market and other jute producing countries are seizing that opportunity, the announcement of closure of domestic jute mills disappoints us. The main reasons for the losses of government jute mills are mismanagement of BJMC, lack of timely decision to buy jute and corruption. In addition, these state-owned jute mills have had to incur losses year after year due to lack of leadership and formulation of work plans, strategic flaws in the global market, lack of modern technology, and hiring of unskilled workers and excess workers. As a result, the government was forced to stop them.

Meanwhile, as the jute market has shrunk due to the closure of government jute mills, farmers are facing problems in selling seasonal jute. Agricultural economists fear that if the farmers lose interest in jute cultivation without getting the price this time, the production will decrease. The private jute mills will also face a jute crisis. But it is not only the farmers and workers involved in the jute mill who are being harmed, but we are gradually losing the golden opportunity for development of jute and jute products.

Jute is a product of which nothing can be thrown away. The demand for jute is increasing at a geometric rate with the aim of environmentally friendly sustainable development by avoiding the use of synthetics. Golden bags are made of jute fiber. The world market needs 500 billion perishable shopping bags every year. In the United States alone, the demand is more than one and a half thousand crore rupees worth. "Viscose" yarn is also made from jute. If we can produce that, it is possible to reduce the import cost in our garments sector. Besides, it is possible to make hundreds of kinds of products including jute sacks, fabrics, handbags, carpets, saris, curtains, shoes, sofas, show-pieces. Jute products have special demand and a large market in the Middle East, Europe and America.

Currently, techniques for making organic tea with jute leaves have been discovered. Germany has started production and export of this quality tea. On the other hand, the ash produced by burning jute wood contains activated carbon. It can be used to make batteries, medicines, cosmetics and many other things. Initiatives have already been taken to export jute burnt ash to China. On the other hand in 2017, the use of jute wrappers has been made mandatory in 19 products. If this is implemented legally, the use of jute bags worth Tk 100 crore a year will increase in the country. One study found that the amount of jute produced per hectare of land absorbs 15 tons of carbon-di-oxide from nature in 100 days and donates 11 tons of oxygen to nature, which is a blessing in disguise for nature in difficult times like climate change and global warming.

Keeping in view the immense potential of the jute industry, the government assured to open the jute mills by modernising them. On July 9, 2020, Honourable Prime Minister Sheikh Hasina explained the reason for the closure of state-owned jute mills in a session of the National Assembly. At that time she said, “The current jute mills are the oldest, built in the fifties and sixties. It is not possible to make a profit in the industry with these. Jute has a bright future. That's why we want to make them new.”

The government is considering giving up all state-owned jute mills to joint ventures (PPPs) or private partnerships to reduce losses. It is possible to modernise the jute mills by spending a part of the amount of compensation that the government has had to pay in the past every year. The plan to replace all the old equipment of the mills and install new, advanced and modern equipment is really fancy. However, skilled and experienced workers have to be hired to use them. In that case new employment will be created for the skilled graduate unemployed of our country. As a result, it will be possible to produce several times more products in less time and with less number of workers. It will be possible to diversify jute products using modern equipment. At present we get 600 dollars per tonne of raw jute export. But after modernising the mills, jute sari, fabrics, covers, etc. can be made worth thousands of dollars from every ton of jute. As a result, we will be able to produce and supply products according to the demand of the global market. However, in order to get the success of all the efforts, it is necessary to ensure a proper work plan and efficient management with skilled and experienced managers and supply products to the global market by ensuring well-defined pricing arrangements in public-private joint ventures. BJMC trade unions need to curb corruption.

In the implementation of "National Jute Policy-2018", the government as well as private initiatives and the combined efforts of the people of the country are required. Production and export of jute products is not our only goal, everyone in the country should also be inspired to use jute products. Then a big market for jute will be created in the country itself. In addition to the government and private jute mills, new entrepreneurs should be given opportunities in the jute market. For this, various benefits can be provided by the government.

Bangladesh earns the highest amount of foreign exchange from the readymade garment industry. However, in this industry we have to import all the raw materials starting from yarn, cotton, fabrics. We only make garments by processing fabrics and making huge profits by exporting. But the golden raw material, which we ourselves produce at a massive rate, is repeatedly failing to ensure its utilisation. If we can ensure increased export of jute products by processing the jute the way India is benefiting from it, it will be twice as profitable for us than the garment industry.

The world has now decided to preserve nature and the environment. So the light of possibility has spread in the world in the jute industry. And standing in such a global reality, we have to find the problems and possibilities of the jute industry. Preparations are needed to spread eco-friendly jute globally. Instead of handing over our development to others, we should take initiative to reduce the amount of raw jute exports and process it ourselves. Therefore, by opening the jute mills gradually the obstacles of the jute industry should be identified and measures should be taken to overcome them. This is the time to use our raw materials to achieve prosperity, to build a developed country.

Naorin Tamanna, student of Department of