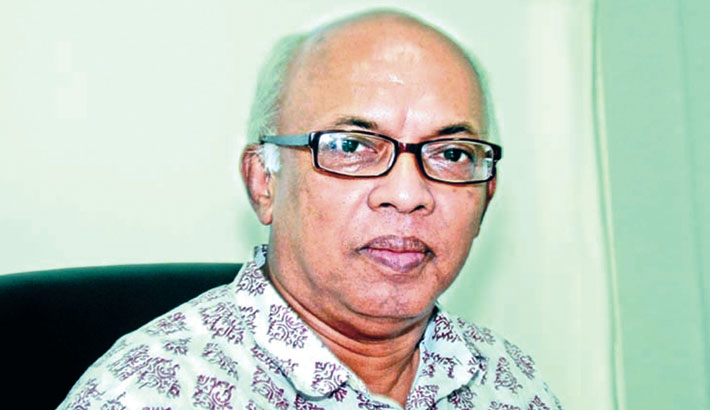 History in our part of the world has often had its interesting, even intriguing moments. And with Bangabandhu having played a vast role in the making of history in South Asia, the imagination cannot but go back to his links with certain periods in time, with certain places in the region.

Take a journey back in time, to February 1966. On the fifth day of the month, the future founder of independent Bangladesh took his initial step, in Lahore, toward liberating his Bengalis. Anyone who studies the antecedents of Lahore will certainly be aware of its significance through the moving chronicles of time. And what Bangabandhu was doing --- and he was doing it three years before he transitioned from Sheikh Mujibur Rahman to Bangabandhu and five years before he led his people to freedom --- was informing the world of the new dimension which had come into his politics.

On 5 February 1966, that new dimension was the announcement of the Six Points, a broad outline of the autonomy the Bengali leader envisaged for the constituent provinces of Pakistan but specifically for East Bengal. It was in Lahore, therefore, that the road to Bengali liberation was taken. Imagine once again the playing out of history in Lahore. It was in March 1940 in Lahore that the All-India Muslim League adopted the resolution that has come to be known as the Lahore Resolution and the Pakistan Resolution. The seeds of Pakistan were thus sown in Lahore.

Observe the irony. Lahore was the place where the idea of Pakistan, indeed of a vivisection of India on the basis of a so-called two-nation theory took shape. Mohammad Ali Jinnah’s politics had reached a point, in the opinion of his followers, where a state for Muslims needed to be carved out of a centuries-old India. And yet twenty six years later it was Sheikh Mujibur Rahman who was informing the world that Pakistan needed to reinvent itself through his Six Points. The bigger idea, as yet unstated, was that if that reinvention did not occur, the Six Points would coalesce into a single point, that of sovereignty for Pakistan’s eastern province.

The Six Points were a fresh new addition to the historical legacy that Lahore embodied. And if we go back once more in time, we will recall that in the early 1950s, as the authorities in East Bengal went around arresting or detaining a nascent political opposition to the central government based in Karachi, Moulana Abdul Hamid Khan Bhashani advised the young Mujib to travel to Lahore and apprise Huseyn Shaheed Suhrawardy of the situation. The Moulana was anxious that the young, rising politician should not come into the government’s dragnet. Once in Lahore --- and this is what Bangabandhu relates in his Unfinished Memoirs --- Sheikh Mujibur Rahman was unable to meet Suhrawardy, who had gone out of town. The state of Mujib’s finances was not healthy. But when a few days later Suhrawardy returned to Lahore, circumstances took a turn for the better.

In Lahore in that long-ago season, Bangabandhu certainly did not envision the role the city would play in his political career. Or put it another way: no political segment in Lahore could imagine at that point of time the vision an older, more mature Sheikh Mujibur Rahman would demonstrate through his Six Points more than two decades down the line. Here was a city that had been witness to some of the most horrific of communal riots in the run-up to Partition, and even later. It was a city which the Mughals loved and which invaders in the past coveted beyond measure. It was in Lahore that the Indian National Congress had in 1930 held its grand convention.

Sum it all up thus about Lahore --- in 1930 the Congress spoke of Indian independence; in 1940 the Muslim League voiced the argument for Pakistan; and in 1966 the Awami League articulated the demand for political and constitutional rights for the people who inhabited the eastern segment of what had once been a united and unified Bengal. And, yes, a year and a half after Bangabandhu announced his Six Points, Lahore would be the very place where the Pakistan People’s Party would take shape. That would be in November 1967.

After February 1966, Bangabandhu’s next visit to Lahore was in July 1970 as part of the election campaign of the Awami League. It was a tour he was undertaking in the four western provinces of Pakistan, the other cities being Karachi, Quetta and Peshawar. In the very heart of the Punjab, the province that dominated the country’s civil-military bureaucracy, Bangabandhu spelled out his vision of the future, let his audience know of the deprivation their compatriots in East Bengal had suffered through the twenty three years that had elapsed since August 1947.

It was a city that was home to the Nawabzada Nasrullahs, the SM Zafars, the Chaudhry Mohammad Alis, the Mumtaz Daultanas, indeed the entrenched political elite of Pakistan. And in that city the future Bangabandhu unequivocally mapped the road to a future Bangladesh. A year later, in 1971, as history would sadly be stood on its head, he would be a prisoner in solitary confinement in that province, the Punjab, even as soldiers with roots in it would be on a rampage in his beloved Bangladesh a thousand miles away.

A moment of absolute triumph for Bangabandhu Sheikh Mujibur Rahman in Lahore came in February 1974. A day after the Islamic Republic of Pakistan formally accorded recognition to the People’s Republic of Bangladesh on 22 February, Bangabandhu and his team to the summit of Islamic heads of state and government proudly listened to the Pakistan army playing ‘Amar Shonar Bangla’ at Lahore airport. Irony was once again in the air. Here was an army which had gone all the way into trying to stamp out the Bengali armed struggle for freedom, had committed genocide and pillage and was now playing Bangladesh’s national anthem, on its own soil, before a statesman its own generals had planned on eliminating at the gallows.

At Lahore airport on 23 February 1974, supreme irony was again the centerpiece of the action when Zulfikar Ali Bhutto introduced his new army chief Tikka Khan to Bangladesh’s leader. General Tikka Khan, combining in himself the dubious reputations of Butcher of Baluchistan and Butcher of Bengal, saluted the man he had taken prisoner in the early hours of 26 March 1971. It was an arrogant Tikka who had, a few days after that night of unmitigated horror, placed Bangabandhu on an aircraft and dispatched him, as a prisoner accused of treason, to Karachi and from there to incarceration in Punjab, to be tried before a military tribunal in camera. As he saluted Bangladesh’s Prime Minister and then extended his hand to him, Bangabandhu smiled. ‘Hello, Tikka’, he said --- and then moved on.

In February, it is these consequential details of history that arise, to inform us of the story that was written in Lahore on the ethos of Bangladesh. In February 1966, Sheikh Mujibur Rahman was a significant political leader whose influence on Pakistani politics would begin to expand into a larger landscape. In February 1974 in Lahore, the state of Pakistan would welcome him as the founding father of a sovereign Bangladesh.

History throws up great men through the ages. In Bangabandhu’s instance, it was the great man himself who drew the contours of history and shaped them to his specifications. And Lahore was part of that story.

Syed Badrul Ahsan is a writer and a columnist