‘Erratic’ Trump should not get intel briefings: Biden 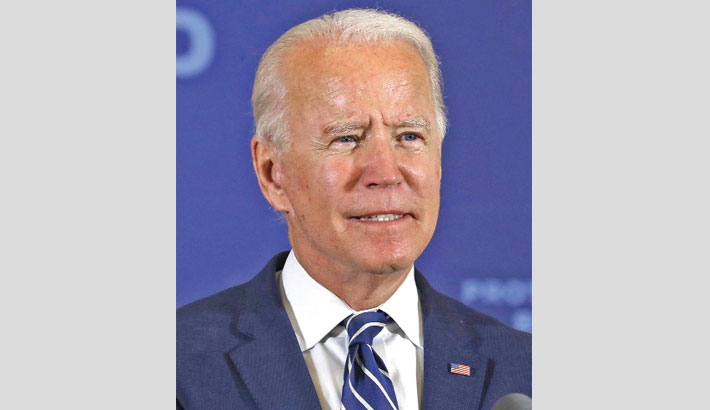 WASHINGTON: US President Joe Biden said on Friday that his predecessor Donald Trump, who is awaiting a Senate impeachment trial on charges of inciting an attack on the US Capitol, should not receive classified intelligence briefings, as is customary for former presidents, reports AFP.

“I just think that there is no need for him to have the intelligence briefings. What value is giving him an intelligence briefing? What impact does he have at all, other than the fact he might slip and say something?” Biden said in an interview with the CBS Evening News.

The new Democratic leader cited Trump’s “erratic behavior unrelated to the insurrection” of January 6, when he is accused of encouraging his supporters to smash their way into Congress to prevent lawmakers from certifying Biden’s election victory.

Trump insisted that the election had been stolen from him, despite overwhelming evidence that it had not, and despite losing dozens of legal challenges to Biden’s win.

While in the White House, Trump repeatedly triggered concern over his use or dismissal of intelligence.

In May 2017, he reportedly shared classified information in a meeting with Russia’s foreign minister and ambassador that US intelligence believed put an ally’s assets at risk.

Trump also publicly questioned US intelligence’s findings that Russia intervened in the 2016 election and carried out a massive hacking operation late in his term.

The former president has already been impeached by the House of Representatives for inciting the Capitol insurrection that left five people dead, and faces a trial in the Senate next week.

He had been impeached for a first time last year on charges of trying to force Ukraine to interfere in the November 3 elections in his favor.

Former presidents are traditionally entitled to intelligence briefings, but many Trump critics have voiced fears that he is a loose cannon who may let slip information vital to national security.