All the Prime Minister’s Men: A Postmortem 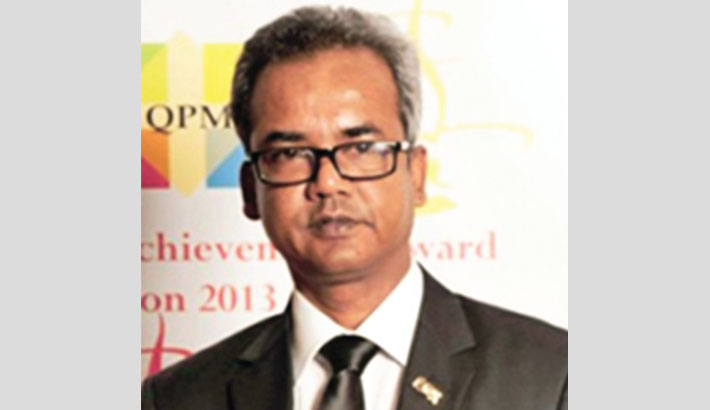 The investigative documentary entitled “All the Prime Minister’s Men” aired on Al Jazeera on February 1. After watching the documentary, I first thought that those who made it probably wanted to see that the Bangladesh government will stop its broadcast and Al Jazeera will also be shut down in Bangladesh.

In the one hour and 21 second documentary, there are some statements which are against not only objective journalism but also the minimum etiquette of criticism.

The state and the government are now in a tough position in the world against such aggression, vindictive reports and social media posts.

India, the largest democratic country in the world, has banned 17 media outlets, including the Economist, for provocative reports on the farmer protests in the last one month.

London-based Sky News was closed for three days for reporting on the army in Pakistan. News is constantly censored in China, Malaysia, Singapore and Vietnam. If there is minimal criticism against the government and the state, there is no chance for that news to spread in the countries.

In Bangladesh too, many local and foreign media outlets have been banned due to the controversial reports discussed at different times till 2007.

‘Newsweek’ journals published a report in 1978 on Ziaur Rahman entitled “The Brutal Dictator”. The then government banned ‘Newsweek’ from entering Bangladesh for the next six months.

‘The Economist’ was banned by HM Ershad in 1988 for writing a report entitled ‘The Richest President of a Poorest Country’. ‘Time Magazine’ was banned in Bangladesh in 2004 for reporting on Begum Zia and Tarique Zia under the headline ‘The Begum and the Prince’.

But a closer look will show that neither Zia and Ershad nor Begum Zia benefited by banning these foreign media. Instead, those magazines were smuggled in, photocopied and sold. Those who have not read it have heard the fictional story of that report. Many have believed the report without reading it.

Awami League has remained in power for 12 consecutive years. At this time, Awami League has taken some smart and bold decisions -- one of them is not to impose control on social media.

Some people from abroad are constantly talking in such a way that it seems that everything will fall apart right now. People used to be shocked by these conversations on YouTube and Facebook, now they are laughing. Seeing their conversations with former army officers, the public suddenly called them ‘stupid idiots’.

The Awami League-led government has placed its trust in the people. People know and understand everything. The realisation that the people of the country cannot be misled by these provocations has put the Awami League in a comfortable position.

The government has handed over the burden of justice to the common people without adopting the policy of banning out of anger.

As a result, ordinary people are tired of seeing tireless provocations. When people were uninterested in these YouTube content, Al Jazeera introduced ‘All the Prime Minister’s Men’. In other words, the mainstream media was chosen as a ‘tool of propaganda’ after failing to do so in social media.

First of all, more than half of what is shown in this so-called investigative report is circulated on YouTube in various guises. So, people were not thrilled when all the information was gathered and broadcast on Al Jazeera.

As a media person, a viewer and a producer, I have seen the documentary five times. The concept of the documentary is fake. Attempts have been made to copy the style and presentation style of the much-talked-about ‘The Bad Billionaire’ that has been promoted on Netflix. The four-episode investigative report on Indian money launderer Nirav Modi, Vijay Malihad, was disillusioned with intensive research.

And this documentary has a shameless exercise of deception, information, sound and visual forgery. In some places, words and pictures have been distorted in a way that even childish immaturity does. Any ordinary viewer can catch the pros and cons of watching the documentary with a little attention.

At the beginning of the documentary, it was seen that the army chief went to Singapore. He is going to Kuala Lumpur from Singapore by plane. It was said at the time that he got on the plane and sent a message to Harish Hungary. Then a phone was seen in close-up. Whose phone is this? Again the message (text message) came through computer graphics. In other words, the message sent by the army chief is just a technological fraud.

The army chief landed in Kuala Lumpur. In another scene with Harish standing. Dear viewers, wait a minute. Zoom in on the scene where Harish is standing. The airport is a European airport. EU logo, in the right corner. What a wonderful day!

Harish stands at an airport in Europe, receiving a passenger landing in Kuala Lumpur. What strange magic! Let’s see. The army chief is getting down and getting in the car. Zoom in on the car, Malaysian car. Zoom in Harris’s car as well as European cars. A skill is also needed for stealing. Those who built it don’t even have that qualification.

Now let’s talk about Hungary. The army chief went to Hungary and discovered an unknown young man. It’s like a sudden waterfall in the desert. Who is this Sami? What is his identity? How is his acquaintance with the army chief? There is nothing like this in this documentary. Even if it is given, the blame cannot be put on the army chief.

The army chief offered to invest as soon as he found an unknown man. What a surprise. What was shown in the name of email is again the manipulation of computer graphics. Not even an email was shown on the computer screen. If the army chief has emailed, then where is the email address?

Now let’s talk about Harish’s passport. In a country where 50,000 Rohingyas can go to Saudi Arabia with Bangladeshi passports, does it take a brother of the army chief to get a new passport? A few days ago, a fake passport could have been made at a grocery store in Agargaon in Dhaka. Therefore, this part of the documentary is a joke to the people of Bangladesh.

Let’s take a look at the details of Harish’s wealth shown in the documentary. According to the documentary, Harris tried one business after another in Budapest, trying another business with losses. Who (according to the commentary of the documentary) has so much influence and prestige, without whose words there is no big business in Bangladesh, why should he run a grocery store and low-cost hotel business in Hungary with so much effort? He will live a royal life there. As Tarique Zia and the children of war criminals do in London.

Harris’s business in France is also small and cottage industries. Trying to survive. Will a mafia don opens a money changer shop for a living? This is an insult to the whole world and the mafia society. PK Halder of Begumpura in Canada will surely be ashamed to see Harish’s life struggle.

The documentary has two funny gossips. The first is the purchase of telephone and internet interception devices. Two Israelis and a Hungarian were said to have been invited to a hotel dinner. But after receiving secret information, the two Israelis did not come to the dinner. Where are they? If the device is purchased from Israel, then from which company? If the equipment comes to Hungary from Israel, then there will be shipments, there will be invoices. Where is that paper?

The second is the five-star hotel project. Those with a minimal knowledge of such projects know how limited the role of the government in hotels in the private sector is. Nowhere in the whole documentary has any money transacted, bribes taken.

The information in the documentary has been forged in raw hands. The ignorance of those involved in this propaganda mission is astonishing, annoying and ridiculous. For example, the issue of the 2014 general election has come up in the documentary. It has been said that the Awami League had a definite defeat in that election. General Aziz was then the BGB chief. He ensured the victory of Awami League by beating and humiliating the opposition. The madman will laugh at this information.

When leaders of Awami League, BNP or Jatiya Party stood in front of the microphone to give speeches, activists gathered around to show the pictures on the camera. Which was such a picture? With that one picture, the alleged Harish was made the bodyguard of the Awami League president. But those who have minimal knowledge about Sheikh Hasina know that she did not have any ‘bodyguard’ in her political life. If Harish was Sheikh Hasina’s bodyguard, then he would have been in all the films of that time. Then it could be proof for documentary makers. If anyone can be called a bodyguard with a picture of a person in Sheikh Hasina’s 40-year political life, then she has millions of bodyguards.

So, the whole documentary has become a story of an unbalanced, incoherent dark story. Without proving anything, some films have tried to captivate people with suspense shots and music. As was done in 2001 with the documentary ‘Shabash Bangladesh’.

But Karl Marx said, “History does not repeat the same thing.” Well, the way people were misled in 2001 by Bangladesh is impossible 20 years later.

More than 3 million people watched the documentary and said, “I understand everything, but where is the corruption?”