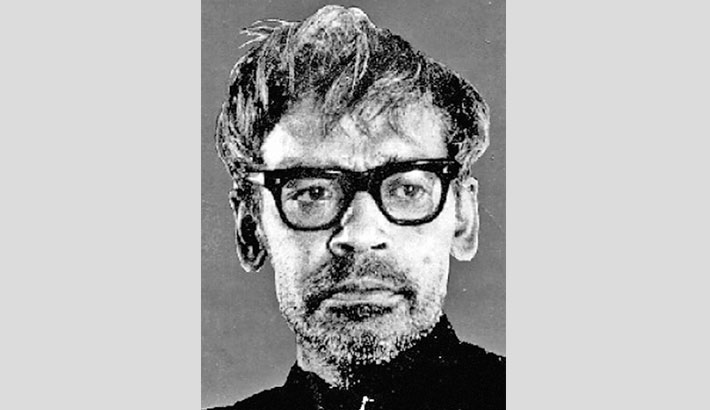 Along with prominent contemporary Bengali filmmakers Satyajit Ray and Mrinal Sen, his cinema is primarily remembered for its meticulous depiction of social reality, partition and feminism.

In his career spanning from the 1950s to the 1970s, Ghatak made eight feature length films and a few short films and documentaries. He was renowned for his partition trilogy Meghe Dhaka Tara (The Cloud-capped Star), 1960; Komal Gandhar (E Flat), 1961, and Subarnarekha (The Golden Thread), 1962.

Ghatak wrote his first play Kalo Sayar (The Dark Lake) in 1948, and participated in a revival of the landmark play Nabanna. Ghatak, who was a member of the Communist Party of India till he was expelled in 1955, was one of the main leaders behind the party’s cultural wing, the Indian People’s Theatre Association.

Ghatak entered the film industry with Nimai Ghosh’s Chinnamul (1950) as actor and assistant director. Chinnamul was followed in two years by Ghatak’s first completed film Nagarik (1952), both major breakthroughs for the Indian cinema.

Ghatak’s early work sought theatrical and literary precedent in bringing together a documentary realism, a stylised performance often drawn from the folk theatre, and a Brechtian use of the filmic apparatus.

Ghatak moved briefly to Pune in 1966, where he taught at the Film and Television Institute of India (FTII). His students included film makers Mani Kaul, Kumar Shahani, Adoor Gopalkrishnan, Saeed Akhtar Mirza, John Abraham, Subhash Ghai, Vidhu Vinod Chopra during his year at FTII, he was involved in the making of two student films: Fear and Rendezvous.

Ghatak’s work as a director influenced many later Indian filmmakers, including those from the Bengali film industry and elsewhere. Ghatak is said to have influences on Kumar Shahani, Mani Kaul, Ketan Mehta, and Adoor Gopalakrishnan.

Even though Bengalis might be divided into (Satyajit) Ray and Ghatak camps, Ray himself considered Ghatak as one of Bengal’s finest filmmakers of the 1950s-60s.

Ghatak was a theorist as well. His views and commentaries on films have been parts of scholarly studies and researches. As a filmmaker, his main concentration was on men and life, especially the day-to-day struggle of ordinary men. He could never accept the partition of India of 1947 which divided Bengal into two countries. In almost all his films, he dealt with this theme.

Ghatak won the National Film Award’s Rajat Kamal Award for Best Story in 1974 for his Jukti Takko Aar Gappo and Best Director’s Award from Bangladesh Cine Journalist's Association for Titash Ekti Nadir Naam. The Government of India honoured him with the Padma Shri for Arts in 1970.