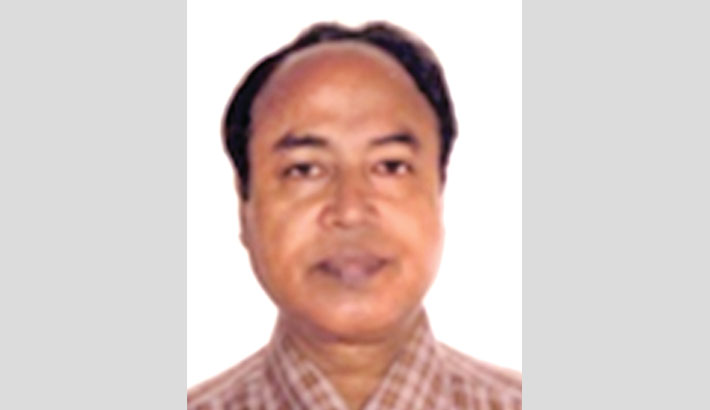 Bangladesh has been developing its international internet gateway connectivity with the submarine cable network system to meet the rapidly growing demand for internet bandwidth and ensure uninterrupted broadband internet services. Recently the government has approved a project proposal for the third submarine cable connection of South East Asia-Middle East-Western Europe 6 (SEA-ME-WE 6) at a cost of Tk. 693.16 crore, of which Tk. 392 crore will be provided by the Government and the rest will come from the state-owned Bangladesh Submarine Cable Company Ltd (BSCCL), which will implement the project by June 2024. The SEA-ME-WE-6 submarine cable will run from Singapore to France, extending to the Mediterranean Sea through the Indian Ocean, Arabian Sea and Red Sea. The cable will have core landing stations in Singapore, India, Djibouti, Egypt and France.

The Bangladesh branch will stretch to the cable landing station in Cox’s Bazar through the Bay of Bengal. Planning commission officials said that the country would receive a high bandwidth - around six terabits per second to expand internet and telecommunications services. Bandwidth is the amount of data that can be transferred from one point to another within a network in a specific period of time and is measured in bits per second. Internet speed is the measure of how fast information is transferred while bandwidth refers to the capacity of an individual internet connection.

Bangladesh first got connected submarine cable the South East Asia–Middle East–Western Europe 4 (SEA-ME-WE 4) in 2005, at the cost of Tk. 500 crore, which is approximately 18,800 km connecting Singapore, Malaysia, Thailand, Bangladesh, India, Sri Lanka, Pakistan, the United Arab Emirates, Saudi Arabia, Egypt, Italy, Tunisia, Algeria and France. The SEA-WE-ME-4 Cable Landing Station is located at Jhilongja, Cox’s Bazar. BSCCL earned more than what it spent on the first cable. Usually the life-span of a submarine cable is 20 years and the normal lifespan of our first submarine cable will end in 2025.

Bangladesh connected with its second submarine cable SEA-ME-WE 5 in 2017, at the cost of Tk. 660.64 crore and the Jeddah-based Islamic Development Bank lent $44 million for the project. The SEA-WE-ME-5 Cable Landing Station is located at Kuakata, Patuakhali. At present, SEA-ME-WE-5 is providing a major portion of Bangladesh’s 1,700 Gbps bandwidth consumption.

The country now has a bandwidth capacity of 2,600 Gbps from two submarine cables. The third undersea cable will add another 7,200 Gbps, said BSCCL insiders. 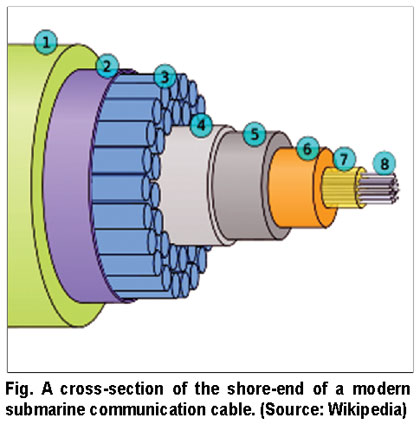 With the roll-out of 3G and 4G services in the country, bandwidth consumption has increased significantly over the last few years and this trend will continue in the coming days and the government is also considering the use of 5G services. There are a significant amount of infrastructure changes needed to be implemented by the service providers in order to facilitate the use of 4G or 5G services.

In cellular network technology “G” stands for ‘generation’. In the 1980s the first generation (1G) cellular network was used for voice only, analog service. The top speed of data transmission on a 1G network reached around 2.4kbps. The 2G network began in Finland in 1991, allowing cell phones to move into the digital world. It allowed for call and text encryption as well as SMS, picture messaging and MMS. The maximum speed for 2G was about 50kbps.

The advent of a 3G network with more data, video calling and mobile internet began in 1998. It provides 2mbps on stationary or non-moving devices and 384kbps on devices in moving vehicles.

The current standard cellular network 4G was released in the late 2000s and is 500 times faster than 3G. It has been able to support high-definition mobile TV, video conferencing and much more. When a device is moving, as when you are walking with your phone or are in a car, the top speed can be 10s of mbps, and when the device is stationary, it can be 100s of mbps.

‘As more people get access to mobile devices and the Internet of Things (IoT) expands, as many as 24 billion devices are expected to need cellular network support by 2024.’ That’s why the 5G comes in. The max speed of 5G is aimed at being as fast as 35.46 Gbps, which is over 35 times faster than 4G. One of the biggest differences between 4G and 5G will be peak capacity and latency. For example, peak capacity of 5G Ultra-Wide Band sector is in gbps compared to 4G in mbps. Also, the latency, or the time that passes from the moment information is sent from a device until it is used by a receiver, will be greatly reduced on 5G networks, allowing for faster upload and download speeds. Another big difference between 4G and 5G is bandwidth size, and 5G would be able to support many more devices of the future. It means a greater amount of information can be transferred between devices faster than ever before. It would provide high speed, high quality and high capacity to users while improving security and lowering the cost of voice and data services, multimedia, internet over IP, mobile web access, IP telephony, gaming services, high-definition mobile TV, video conferencing, 3D television, and cloud computing. Newer generations of phones are usually designed to be backward-compatible, so a 4G phone can communicate through a 3G or even 2G network.

The country now uses 1,600 Gbps bandwidth, which was 300 Gbps at the end of 2016. Of the bandwidth, Bangladesh gets 1,200 Gbps from the first and second submarine cables and another 400 Gbps comes from India. Six licenced companies of international terrestrial cable operators are importing bandwidth from India. Bangladesh imports bandwidth from India, as it needs network redundancy in case the submarine cables get disconnected.

Under the project titled "Modernisation of Telecommunication Network for Digital Connectivity" the government is going to establish Gigabit Passive Optical Network (GPON) in 42 districts to expand broadband internet facilities. GPON is fibre-based and capable of providing high bandwidth.

With the advancement of digital technologies common people have been increasingly becoming familiar with many terms such as internet, internet of things (IoT), backhaul, latency, redundancy, 3G, 4G, 5G, bandwidth, submarine cables, fibre optic cables etc., and gradually realising its impacts on our everyday lives. It makes us interested to know about the submarine cable network technologies.

The first submarine cable in the world was laid in the English Channel in 1851 when the commercial telegraph service began between England and France. In 1870, Bombay, India was linked to London via submarine cable, landing in Gibraltar and connecting Europe, Africa and Asia serving the local as well as international markets. In 1872, Australia was linked by cable to Bombay via Singapore and China, and in 1876 the submarine cable linked the British Empire from London to New Zealand. Since then gradually many countries around the world have been connected with the global submarine cable networks. As of 2020, there are more than 1.2 million kilometres (745,645 miles) of submarine cables in service globally (source: TeleGeography). Most of the submarine cables are owned by groups of private companies – mainly telecom providers such as Google (63605 miles), Facebook (57079 miles), Amazon (18987miles), Microsoft (4,104 miles), etc.

‘The submarine cables are the backbone of the internet, so that being connected determines a region's ability to participate in global communication flows.’ A submarine cable is designed to make it strong, reliable, durable and efficient enough to carry out specific functions of transmitting information and power, and protect it from water, pressure, waves, currents and other natural forces as well as human activities (fishing, navigation, etc.) that affect the sea-bed and over-lying waters. A typical submarine cable consists of: 1. Polyethylene, 2. Mylar tape, 3. Stranded steel wires, 4. Aluminium water barrier, 5. Polycarbonate, 6. Copper or aluminium tube, 7. Petroleum jelly and 8. Optical fibres.

Prior to installation a route survey is needed to determine the appropriate layout of a submarine cable. Surveys include water depth, sea-bed topography, sediment type and thickness, sediment movement, marine flora and fauna, measurement of currents, tides and waves, and potential natural or man-made hazards. ‘Normally the submarine cable is laid on the sea-bed, but in areas of high marine activity the steel-sheathed cable might be laid into a ploughed trench, and in special circumstances, the cable may lay in a trough cut out from a seabed rock shelf. An entire wet segment is loaded on a cable-laying ship, end-to-end-tested, and then the ship sets out to traverse the cable path in a single run. The speed and position of the ship are carefully determined so as to lay the cable on the seabed without putting the cable under tensile stress. The ship sails the lay path in a single journey without stopping, laying the cable on the seabed, whose average depth is 3,600m, and up to 11,000m at the deepest. The cable is strung out during laying up to 8,000m behind the lay ship (Geoff Huston, 2020).’

In spite of improved cable design, installation techniques and protection measures, submarine cables are at risk of failure or damage or disruption of services due to some natural and man-made incidents such as earthquakes, volcanos, landslides and turbidity currents, severe wave and current actions, movement of fishing vessels, oil drilling rigs, dredging machines, excavators, recreational voyage,  shipping activities,  etc. So far submarine cable networks had suffered a number of incidents around the world such as earthquake-triggered flow and landslide caused cable disruption in Taiwan (2006), submarine cable off South Africa was damaged by tsunami debris washed offshore (2005), FALCON cable was cut by an abandoned anchor in between Oman and UAE (2008), submarine cable (SEA-ME-WE-5) was damaged by an excavator of a construction company in Patuakhali, Bangladesh (2020) etc.

Each cable failure or damage involves a high cost for restoration of service and repair. When a fault alarm sounds, in some cases an air or sea patrol is dispatched immediately to determine the cause.

Cable maintenance ships are kept on standby around the world, ready to respond at short notice, sail to the site of the damage and conduct repairs under all of the challenging conditions the ocean can offer (Lightwave, 2005).

The submarine cable network is one of the essential elements for ‘Digital Bangladesh.’ To utilise the full potential bandwidth capacity infrastructural development is required to expand telecommunication and broadband facilities to all parts of our country. BSCCL has so far been operating profitably and also tried to export additional bandwidth to neighbouring countries. But still we have a long way to go for the availability of high speed broadband internet at a cheaper rate and better quality of service to the people. Efficient management and prudent policy are needed to export the extra bandwidth to other countries.