UN did not fulfill promise made to Kashmiris, says PM Imran 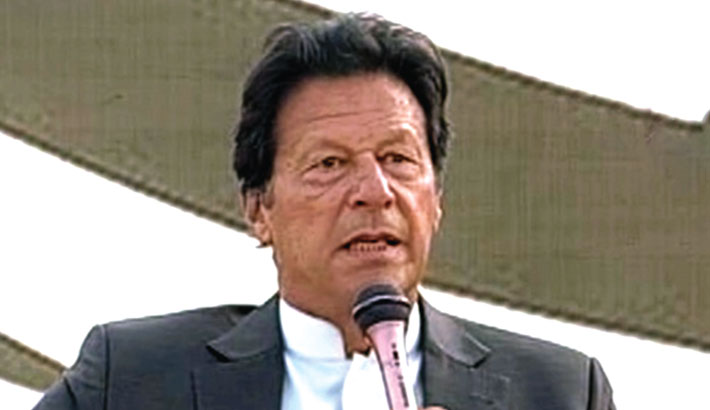 KOTLI: Pakistan Prime Minister Imran Khan on Friday reminded the United Nations and the international community that they had failed to provide the promised right to the people of Kashmir to determine their own future, reports the Dawn.

Addressing a public gathering in Kotli district of Azad Jammu and Kashmir (AJK) on Kash­mir Solidarity Day, which is being observed across the country on Friday, the premier said Pakistan would allow Kashmiris to decide between remaining independent or choosing to join Pakistan when they finally got their right.

He recalled that the world had promised the people of Kashmir in 1948 that they would get the right to decide their own future as per United Nations Security Council resolutions.

“So I’ve come here to firstly remind the world that the right [promised] to the people of Kashmir was not fulfilled,” he said.

In contrast, the prime minister noted, East Timor, which was an Indonesian island with a Christian majority, became independent after the UNSC pursued a referendum there.

The premier said he had in the past reminded and will always remind the UN that “you did not fulfil the promise [made to Kashmiris].”

Imran said the entire Pakistan was standing with the people of occupied Kashmir. “And not just all of Pakistan, but the Muslim world is standing with you,” he told them.

“If Muslim governments, for any reason, are not supporting you today, I can assure you the entire population of the Muslim world is standing with the people of occupied Kashmir,” he said, adding that even non-Muslims who favoured justice believed that Kashmiris should be given their promised right.