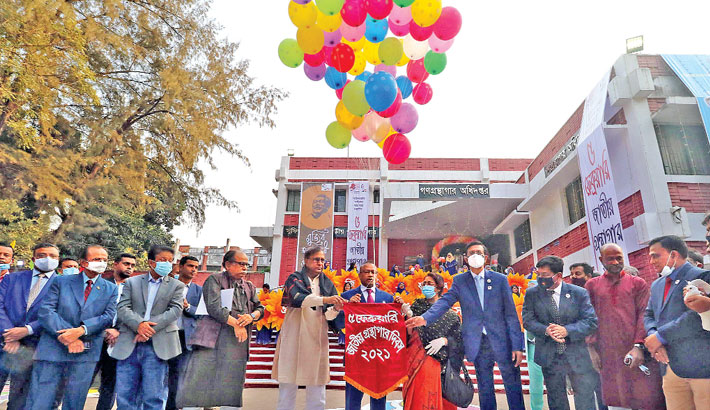 National Library Day-2021 was observed across the country on Friday with the slogan “Mujib borsher ongikar, Ghore ghore gronthagar”.

In collaboration with the Department of Public Libraries and Ministry of Cultural Affairs, all library professionals of Bangladesh celebrated the day.

The main event of the day, a discussion and a cultural programme, was held on the Central Public Library premises where Local Government, Rural Development and Cooperatives (LGRD) Minister Md Tazul Islam was the chief guest.

Speakers of the programme said library has been playing an important role in building a modern, progressive and knowledge-based society by broadening conscience, wisdom, knowledge and intellects of the nation.

The foundation stone of the Central Public Library was laid on February 5, 1954 in Dhaka.