The Kilo Flight from Dimapur 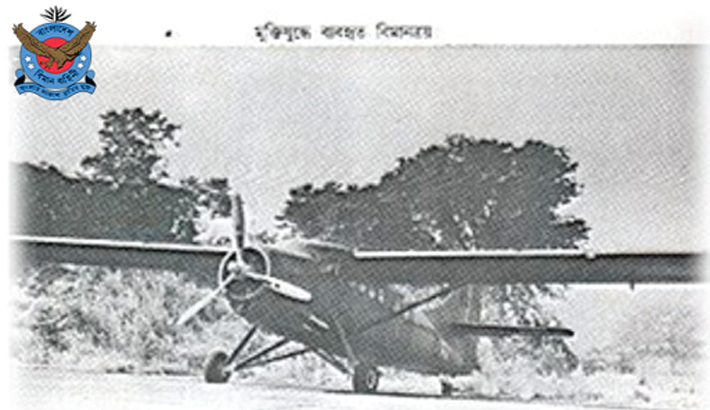 When the Bangladesh contingent proudly marched down the Rajpath in Delhi to the tune of ‘Shono Ekti Mujibber theke …’on India’s Republic Day to the cheers of the assembled crowd, most knew why they were there – to mark the 70th anniversary year of victory over Pakistan’s forces by the Mukti Bahini in alliance with Indian defence forces.

The 122-member contingent drew bravehearts from Bangladesh’s army, air and naval units which had its origins in the Mukti Bahini.  Most Indians and certainly all Bangladeshis had heard thrilling stories of the guerrilla actions undertaken by the Mukti Bahini in the War of Liberation.  Some Indians and Bangladeshis also knew of the heroic mining of ships and waterways by Bangladeshi frogmen trained by Capt Mohan Sampat of the Indian Navy, but few knew of the birth of the Bangladesh Air Force and the heroics of its ‘Kilo flight’ based out of Nagaland’s Dimapur.

India had initially vetoed proposals by Group Capt. A K Khandker, the senior most Pakistan Air Force officer who had joined the liberation struggle, for an air wing of the Mukti Bahini as a shroud of secrecy was needed to protect the activities of the Bahini and an air wing could hardly be operated secretly.

However, sometime in August Air Chief Marshall P.C Lal, Chief of Indian Air Force and his wife Ela had dinner with Khandker in Calcutta. Khandker once again took the opportunity to  make a fervent plea for an air unit, only to be told by Lal that this was a difficult dream to fulfil. To the surprise of both the men, Mrs Lal took the side of Khandker and said the IAF should help establish Bangladesh’s air force.

Sure enough, shortly afterwards, the Indian government at the urging of Air Chief Marshall Lal agreed with Mujibnagar that the Mukti Bahini will have an air arm. On September 24, Khandker and an aide Flt Lt. Shamsul Alam had escaped from Pakistani imprisonment, flew down in an Indian Airlines flight to Guwahati where Air Vice Marshall CG Devasher met them and took them on board an IAF Caribou aircraft to Dimapur.

A line of former Bengali Pakistan Air Force veterans who had joined the Mukti stood at attention on the runway. An IAF Chetak helicopter flown by Flt Lt. Badrul-Ul-Alam, formerly of the PAF, flew in soon after. Khandker is believed to have said “Our days of waiting are over. We are going to establish our Air Force in exile and you are going to be the first officers of the Bangladesh Air Force.”

Besides Shamsul and Badrul, six civilian pilots, mostly from the Pakistan International Airlines also joined the nascent force along with 67 airmen who had defected to Mukti Bahini. Their air power based in the Second World War vintage airport was limited to the Chetak helicopter, a DeHaviland Canada 2 Otter and a Douglas Dakota aircraft. The unit was officially raised on September 28, 1971 and christened the ‘Kilo flight’ a few days later.

The next two months were devoted to hard training in uncomfortable quarters, cut off from the rest of the world. On December 1, the Bangladesh Air Force officers led by  Squadron Leader Sultan Ahmed were invited to the operations room by the Indian station Commandant, Group Capt. Chandan Singh, who told them Indian intelligence had surmised the war would start in a couple of days and that the Kilo flight would “start the war in the eastern front.”

Their first mission would be important fuel dumps at Chittagong and Narayanganj. On December 3, night time, the Otter flown by Flt. Lt. Shamsul Alam and Capt. Akram a former civilian pilot, along with a gunner Rustom and a bomb aimed Haque flew off from Kailasahar airport headed for Chittagong. At around the same time, Squadron Leader Sultan Ahmad and Flt Lt. Bard-Ul-Alam took off in the Chetak for Narayanganj from Teliamura helipad. Both the airport and helipad were located in Tripura, and the Kilo flight craft had flown in to them earlier in the morning.

Alam is believed to have had the honour to fire the first shots of the air war by firing rockets at oil tanks at Chittagong port, which turned into veritable balls of fire. A second pass, more dangerous as anti-aircraft guns had opened up saw the Otter targeting and sinking a capital ship, to the cheers of ‘Joi Bangla’.

Nearer Dhaka, Ahmed too successfully attacked the oil tanks at Narayanganj catching the enemy by surprise and came back to base without any opposition. Thus was born the Bangladesh Air Force. It’s exploits during the war earned them the respect of their Indian hosts and laurels when the war was over from a grateful Bangladesh. Some half a dozen Bir Uttam awards were given to the Kilo flight as well as three Bir Bikrams.

Khandker who dreamt up the force became Air Vice Marshall and chief of BAF. At some stage the commanding officer of the Kilo flight Squadron Leader Ahmed too became chief of the BAF.