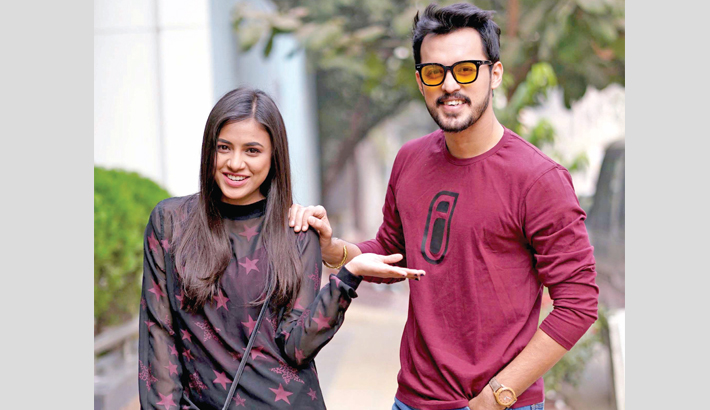 Sohel Raz has made his mark in the showbiz arena through directing music videos. Now, the talented maker is coming up with his debut drama titled ‘Bhul Josnay Ekotre Hetechilam’. Scripted by Lutfor Hasan, the tele drama stars Tasnuva Tisha and Irfan Sajjad.

‘Bhul Josnay Ekotre Hetechilam’ is based on the story of a couple, who start their married life with a lot of dreams. But few days later after starting their conjugal life, they realise that they are not made for each other. Thus, the story of the drama continues..

Sohel Raz said, “As this is my first directorial drama, I have made it with utmost care. Irfan bhai and Tasnuva apu have helped me a lot while shooting. I’m very hopeful about the drama.”

Irfan Sajjad said, “Sohel Raz is a new TV director. But his dedication to work is remarkable. Besides, Lutfor bhai penned a beautiful story for the drama. I hope the audience will like it.” Tasnuva Tisha said, “The story is really beautiful. My character in the drama was challenging. I’ve enjoyed the shooting of the drama. My best wishes to Sohel Raz.”

The drama will be aired on a satellite channel alongside its YouTube release soon.