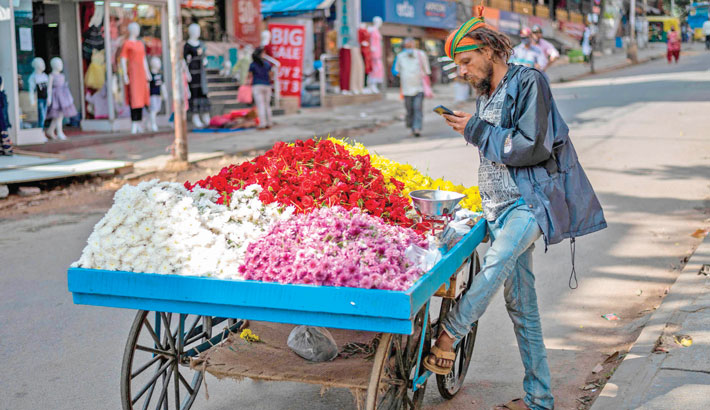 A vendor checks his mobile phone as he waits for customers displaying flowers on a cart along a street in Bangalore recently. 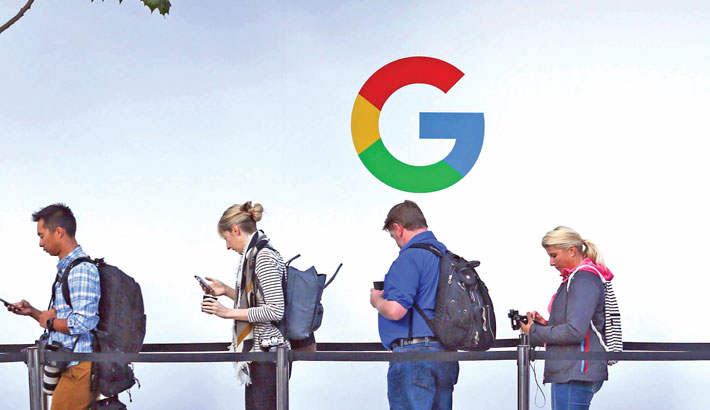 In this file photo taken, attendees wait in line to enter a Google product launch event at the SFJAZZ Center in San Francisco, California. Google parent Alphabet recently, reported that its quarterly profit rocketed some 50 percent to $15.2 billion at the end of last year as its digital ad business thrived. 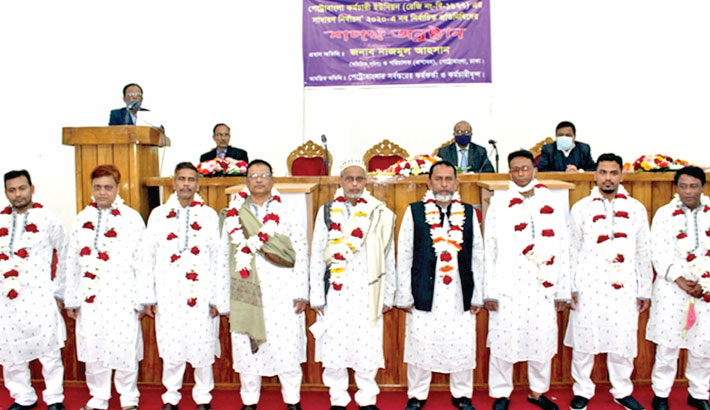 Newly-elected members of Petrobangla Employees Union pose for a photo after taking oath at Petrobangla head office at Kawran Bazar in the city on Tuesday. 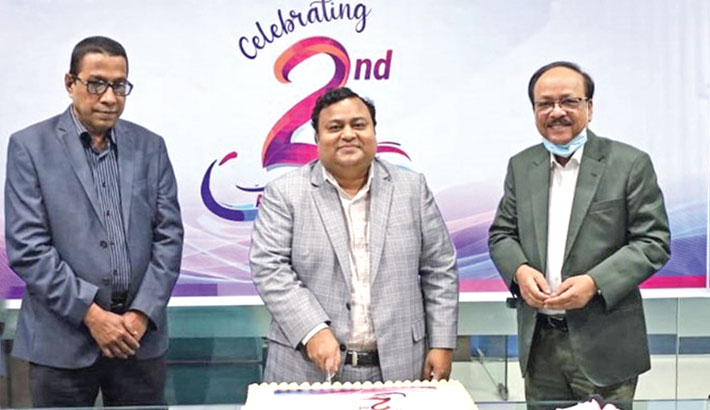 Padma Bank Chairman Chowdhury Nafeez Sarafat cuts a cake to celebrate the 2nd founding anniversary of the bank at its Gulshan head office in the capital on Wednesday. Bank’s Managing Director and CEO Md Ehsan Khasru was also seen in the picture. 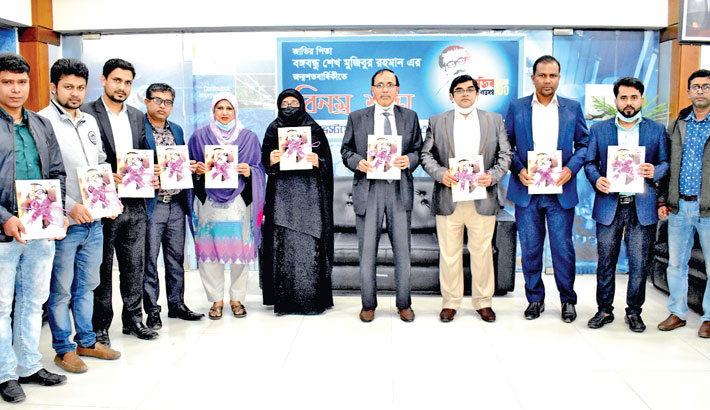 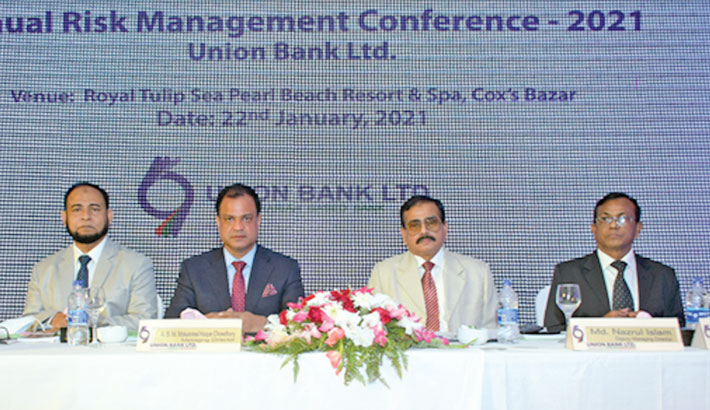 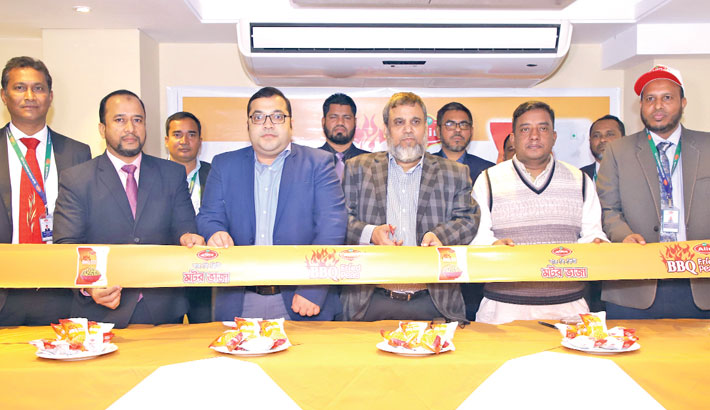 Alin Food Adviser (Sales and Marketing) Zahir Uddin Mahmud Khan inaugurates a new product of the company at a hotel in the capital recently.