Exports fall amid panic over second wave of corona 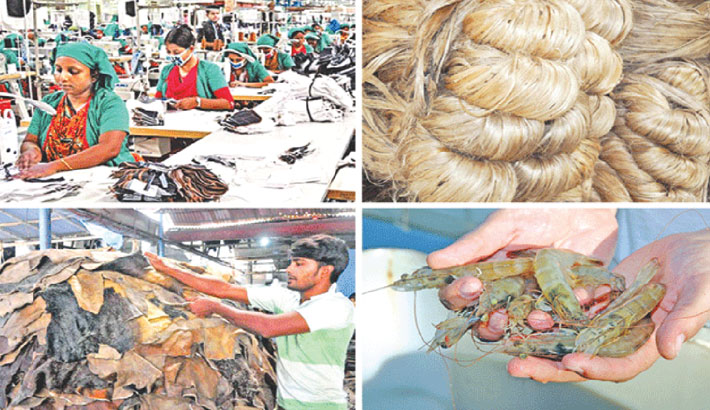 Bangladesh has earned $3.43 billion by exporting goods in the first month of this year, down by 4.99 percent year-on-year basis, amid fear of coronavirus second wave.

This is the second consecutive month of negative growth amid the cautious move of foreign buyers. In the same month a year ago, Bangladesh earned $3.61 billion through exporting goods.

According to Export Promotion Bureau (EPB) data, Bangladesh earned $22.67 billion in the seven months of current fiscal 2020-21, a 1.09 percent lower than the same period of previous fiscal.

Following continued fall in earnings since the beginning of 2020, mainly due to Covid-19, export earnings started recovering from June and entered a positive territory from July. But the earnings once again went to negative in December amid the fear of corona second wave.

Exporters hoped that earnings growth will rebound strongly very soon as corona situation is improving with the roll of vaccine around the globe.

Of the RMG category, earnings from woven items continue to fall to $8.41 billion in July-January period which is 10.85 percent lower than the same period of last fiscal.

Earnings from knitwear exports in the first seven months of this fiscal, however, increased by 3.84 percent to $9.98 billion from $9.62 billion in the same period of last fiscal.

Export earnings from leather and leather goods in July-January fell by 5.78 percent to $526.58 million from $558.9 million in the same period of the previous fiscal year.

With a positive note, earnings from jute and jute goods exports rose by 27.08 percent to $765.63 million during the July-January period, up from $602.49 million over the corresponding period of last fiscal.

Export earnings of frozen and live fish also decreased by 8.62 percent to $308.26 million.