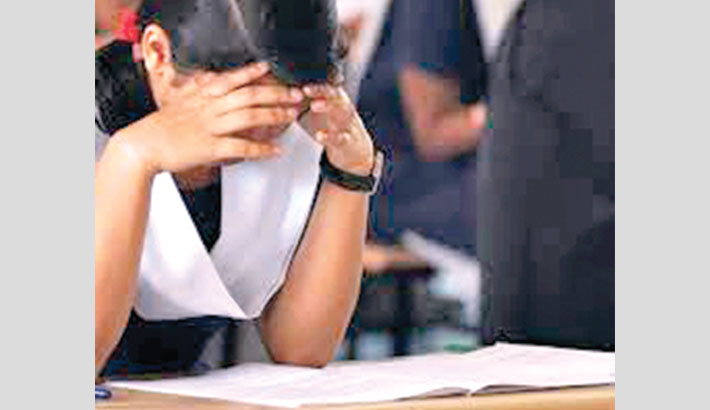 Depression is one of the most common anxieties in a person's life that causes terrible unrest in one's life for no reason.  It is a much more damaging and longer-lasting condition of hopelessness, despair, and dejection. We are all familiar with the term 'depression'. Sadness is a part of what makes us human. No living soul is unfamiliar with it. If we want to find a Bengali synonym very close to depression, the word 'downcast' (gbgiv) will come to our mind first.

Although the effects of depression are noticeable in people of all ages, those are even more noticeable in the younger generation. It can be said that it is slowly turning into an epidemic and is going out of control. Depression is just another name for mental illness. The number of people affected by this problem is increasing rapidly every year. The main causes of depression in the younger generation are unemployment, the separation of love, inferiority, career complications, family problems and loneliness, the pressure to get good results, something embarrassing happening, or a financial setback.

People who have never been trapped by depression in their lives will not be found, especially the younger generation. When young people suffer from depression, it becomes a hindrance to their daily life. They even feel discouraged about their favourite things. This depression can take away confidence from someone's life.

Depressed people think that everything in the world is meaningless. Not only that, the number of people who have killed themselves due to depression is also innumerable. Most of them are young. Nowadays, many people think that is a luxury, but it is not a luxury at all. Sometimes without a specific context, depression comes into the lives of the younger generation; they suffer from mental exhaustion. After that, the younger generation chose the path of suicide due to mental imbalance and social isolation. When a person suffers from depression, it seems to them that the whole world is meaningless. But it was beautiful before.

When someone is depressed they feel that there is no one by their side, they are alone and no one wants their wellbeing. Then a deep grief arose inside their mind and emptiness worked around him. When they are in this emptiness for a long time and can feel that no one feels anything for them, then they become suicidal. When someone suffers from severe depression, a dilemma starts in their life. The dual entity has to be harboured alone.

What do people in our society think about 'depression'? They treat them in such a way - “We have struggled to grow up at an age like yours, but why you can’t? What’s the problem with you?” We all hear that often. But it is a matter of regret, if someone tries to avoid these words, it always hurts the subconscious mind. As a result, depression manifests subconsciously inside the mind.

Depression can drain away one's energy. There are small steps one can take to help one feel more in control of one’s own self and improve one's overall sense of wellbeing. Thoughts that are at the root of suffering must be eliminated. For example, negative thoughts, unreasonable thoughts, over thinking, etc, must be banished from the mind. Behaviour or habits that often lead to grief need to be changed. The mind should be claimed and positive thoughts must be kept in mind at all times. One has to learn to accept oneself as one is. Many things in life will not be like we want or desire. We have to create a mindset like "We are human beings and we have to be able to do everything". One can free oneself by surrendering all the miseries of life to Allah; then there will be no despair. Suicide is a common cause of death in the young generation. If a young person is talking about suicide, it is important to talk to their family or friends, such as their closest and most trusted people. So depression should be taken seriously.