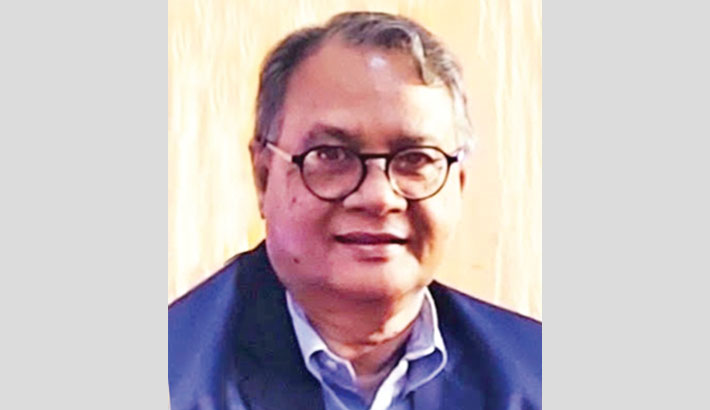 The process of urbanisation is a natural phenomenon in human history. It is the process in which large numbers of people come and permanently reside in relatively small areas and later turning them into towns and cities. Over the years, the process of urbanisation has been accelerated in Bangladesh. It means the number of people living in urban areas is increasing over the years. According to one estimate, about 38 per cent of the population now lives in towns and cities located around the country. For a number of reasons, people move out of their native rural areas and start living in urban areas. Generally, people move to urban areas for better income opportunities, livelihoods and services. It is a natural process that people engaged in rural agricultural sectors move to industrial and service sectors which, in most cases, are located in urban areas for higher income.

But in the case of Bangladesh, other factors like poverty, unemployment, landlessness and natural disasters cause people to move out to urban areas. These could be termed as the push factors. On the other hand, there are also pull factors like employment opportunities particularly in the informal sectors, higher-income prospects and better service facilities that also accelerate the urbanisation process. In recent times, faster economic growth has also been a pull factor of rapid urbanisation in Bangladesh. Before the pandemic, the economy was growing at a rate of more than seven per cent. Though the growth has been slowed down it is still growing at the rate of close to four per cent. Here it may be mentioned that Bangladesh is among the handful of countries in the world which has been successful in maintaining a positive economic growth rate despite the all-encompassing disaster caused by the Covid-19 pandemic. In Bangladesh economy, the service sector has the maximum contribution. It accounted for more than 50 per cent of the GDP, followed by industry and agriculture. Over the years, the contribution of agriculture to the national GDP is declining. The thriving sectors which are mostly based in urban areas offer more employment and income opportunities to the masses. As a result, people in large numbers go to these towns and cities to tap these opportunities. 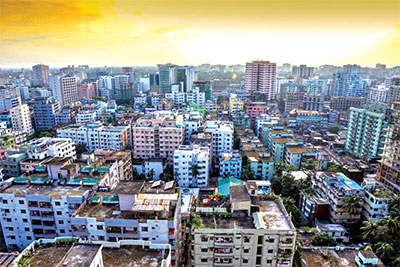 The history of urbanisation is quite old in this part of the world. Dhaka, as the administrative and trading hub, became an important urban centre especially before the Europeans come to Bengal. Though later its importance diminished and Kolkata became the most important urban centre as the capital of British India till 1911. However, it is recorded that in 1901, only about 0.7 million of the total population of present day Bangladesh areas lived in urban areas. Urbanisation gained momentum after the partition of India in 1947. The most important factor behind this rapid growth was the large-scale migration of Muslims from India after 1947, who mostly settled in urban areas. This phenomenon of growth in urban population and urbanisation continued throughout the Pakistani period that ended in 1971. After the liberation of the country, the process of urbanisation received a new impetus. Authorities are of the opinion that two factors contributed to this new trend. Firstly, there was migration from rural to urban areas mainly for employment opportunities and secondly, the socio-political changes ushered in by the independence of the country. It became quite apparent that the urban centres will offer more economic and livelihood opportunities to the people of the newly born country. This understanding, among other reasons, still motivates people to come to the industrial, trading and business centres from the rural areas and accelerate the process of urbanisation of new areas and enlarge the already existing urban centres.

A close look at the urbanisation process of Bangladesh projects that it has certain distinct characteristics or in other words unique features. Some of these include that urban settlements grew around administrative centres. When administrative units with needed establishments were set up in certain places, as a natural process or by-product of those initiatives some settlement grew around those places. Over time, those settlements turned into urban centres. The examples are divisional, districts and Upazila headquarters established at different points of time. These, in overwhelming cases, with time became urbanised. Many traditional trade centres and riverine ports in Bangladesh also, in the course of time, grew into urban settlements. Examples of such places are abundant in the country.

The industrial belts and zones also in many cases became urbanised. Industries create employment and trade opportunities, which attract people from all over the country who come and develop settlements in those belts and zones. In later years, these are also urbanised and offer many benefits to the settlers. Some of these include higher productivity in economic activities as it calls for competition. The service sector requires urbanisation because it needs a concentration of clients. Again, urbanisation offers different civic and other facilities and services to the people at affordable prices. Moreover, the higher standard of living associated with urbanisation provides people with better food, education, housing, and healthcare facilities.

In the coming years, with increased economic activities leading to higher income, the process of urbanisation will further accelerate in Bangladesh. The establishment of economic zones and ports in many parts of the country will see more urban settlements. Within a decade or so, Bangladesh will look like a country dotted with towns and cities and each other connected with different modes of the communication network. However, these urban settlements like towns and cities will face numerous challenges like rapid population increase with demands for adequate infrastructural facilities, basic services and civic amenities, preservation and conservation of the environment, security in terms of maintenance of law and order and above all good urban governance.