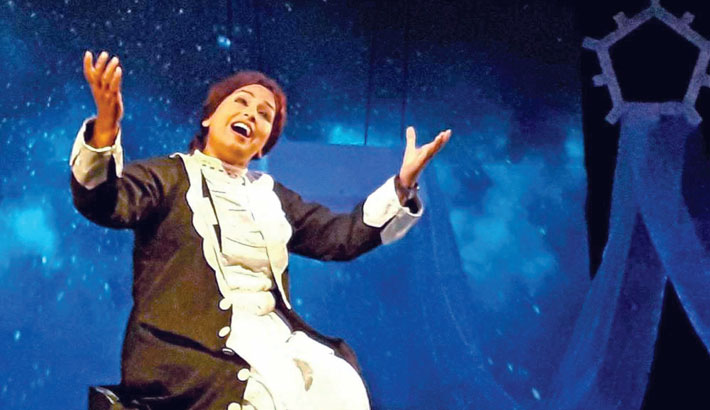 The play has been scripted by Apurba Kumar Kundu, and directed by Zahid Repon. Juena Shabnab played the role of Helen Keller in the drama.

The play sheds light and insight into the life of Helen Keller, a pioneer of education for the deaf and blind of all-ages. Helen Adams Keller was an American author, political activist, and lecturer. She was the first deaf-blind person to earn a Bachelor of Arts degree.

The story of how Keller’s teacher, Anne Sullivan, broke through the isolation imposed by a near complete lack of language, allowing the girl to blossom as she learned to communicate, has become widely known through the dramatic depictions of the play and film The Miracle Worker.

Helen proved to the world that deaf people could all learn to communicate and that they could survive in the hearing world.