Shakib back in Test fold 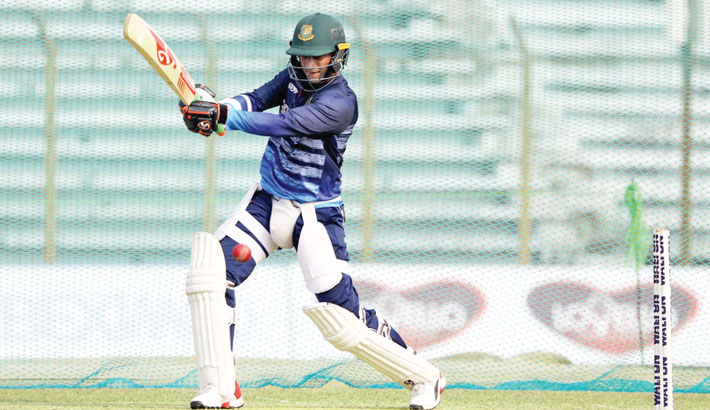 This will be Bangladesh's first Test assignment since their last Test against Zimbabwe where they registered an innings victory at home in February 2020.

Shakib made a much-awaited comeback to international cricket through the recently-concluded ODI series against West Indies with brushing aside all kinds of doubts regarding his capabilities through his scintillating performance in the series and also earned the player of the series award.

However, Shakib picked up a groin injury in the last game of the ODI series in Chattogram that raised doubts over his participation in the Test series.

Shakib had a scan afterwards and it was later found that there was no tear and Shakib’s joining his team-mates in the match scenario practice on Saturday after batting against spinners in the nets indicated that he is now ready to make a Test comeback.

“Look Shakib is desperate to play. Even if you go through today’s practice session it reflected his desperation to feature in the Test series,” BCB Chief Selector Minhajul Abedin told The Daily Sun.

“We are confident that he will be available for the Test series. We are waiting to see how he feels after bowling tomorrow (Sunday) as he just has batted today.

“Look it is Test cricket and this is why we are confident because he can have rest in between unlike in T20Is or ODIs where you are playing with high intensity,” he added.

Bangladesh had earlier named a 20-member provisional Test squad and Nurul Hasan and Khaled Ahmed are the only two players, who were left out from the provisional squad named.

Opener Shadman Islam, who missed the Zimbabwe series, also made a return to the Test team after recovering from the injury.

Minhajul added that Shadman returned to the Test fold due to the fact he recovered from the injury and now they are having a close look at him considering he was not part of the two domestic tournaments (BCB President's Cup and Bangabandhu T20 Cup) that were played earlier.

“He was picked as he recovered from the injury and we wanted to see how he performs in competitive matches. That is the reason we drafted him in the three-day practice game against West Indies XI,” he said regarding Shadman, who played a patient knock of 22 runs from 82 balls in the first innings against West Indians.

The first Test is scheduled to begin on February 3 in Chattogram while the second Test will be played in Dhaka from February 11.