Our culture, our thespians, our music makers 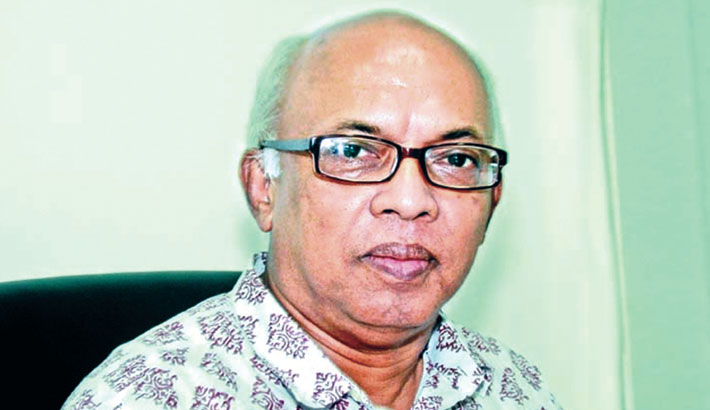 It is time we focused on our artistes, all those actors and singers and music makers whose contributions to culture have consistently enriched our understanding of ourselves. The point is simple: not much research has been done on them, not much of an effort has been expended on studies of their lives and careers other than what we remember of their work in theatre and in the movies and in the world of songs.

Heritage is always part of a nation’s history. It is hugely inclusive of politics, but it also brings into it that exceedingly important narrative of the culture a society is heir to. There is the reputed Abbasuddin Ahmed. There is Abdul Alim. We have heard their songs, we have had our souls dance to their music. But can we honestly tell ourselves that we know of their lives, all the way from their birth through their rise in the world of culture? The facts are out there about such eminent personalities, which is that the facts we need to know more of them, enough to have considered discussions on them, are absent in our repertory.

Briefly, it is literature in all its analytical form we are in requirement of about our cultural icons. Books or biographies ought to have been written about men like Mahmudunnabi and Bashir Ahmed and Khondkar Faruq Ahmed and Abdul Jabbar and Syed Abdul Hadi and Khurshid Alam, individuals whose lilting songs have been our pride for decades. We have loved the songs of Ferdousi Rahman, Farida Yasmeen, Fouzia Khan, Nina Hamid, Shahnaz Rahmatullah, Sabina Yasmeen, Runa Laila and Anjuman Ara Begum. But we remain unaware of the circumstances in which they were able to reach the heights they eventually climbed. That is the void in our understanding of them.

Intellectual output on the lives of such music makers as Anwaruddin Khan and M.A. Hamid and  Mohammad Ali Siddiqui as also thespians like Razzak, Khalil, Khan Joynul, Altaf, Azim, Rahman, Farooq, Robiul, Mahfuz, Raju Ahmed and so many others is called for. We have had a pretty good number of talented women performers on the big screen --- Sumita Devi, Sujata, Kabori, Shabnam, Sultana Zaman, Suchanda, Babita, Shabana, Suchorita, Olivia, Jayashree, Kabita, Reshma, et cetera --- whose contributions to our movie industry have been unmatched. But where is the history behind that signal participation on their part in our world of aesthetics? Subhash Dutta’s ‘Shutorang’ was a defining moment in the history of our film industry. Where are Dutta’s biographical details? The man behind ‘Mukh O Mukhosh’ is known by his name, but the larger narrative on his life and times has been conspicuous by its absence. Zahir Raihan too calls for in-depth inquiries into his artistic background. 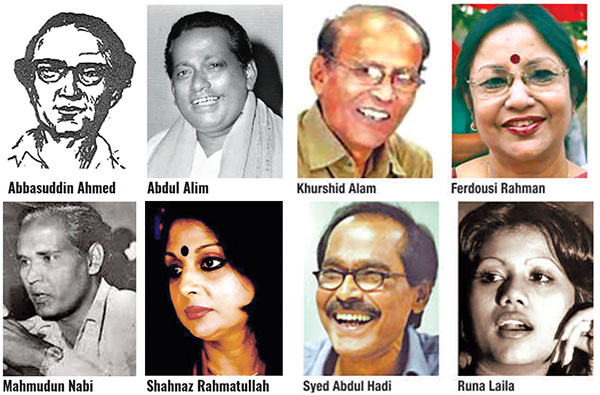 Culture is sustained through invocations of a nation’s icons in their diverse manifestations. For many of us, and certainly for the generations which came after ours, the lives and times of our actors and music makers have been fast receding into memory that might at a point never be retrieved. There are people who remain delinked from the songs that were a staple on the radio in another day and age. There are those among us who have almost forgotten the old movies --- ‘Ato Tuku Asha’, ‘Je Aguune Puri’, ‘Rajdhanir Buuke’, ‘13 Number Feku Ostagar Lane’ and legions of such brilliant portrayals of life --- because not many of them are shown any more, because they have not been preserved in good form.

Additionally, we have a legacy of Urdu films dating back to the pre-1971 days, with directors like Ehtesham playing a pioneering role. Movies like ‘Talaash’, ‘Chanda’, ‘Chakori’, ‘Darshan’, ‘Aakhri Station’, and ‘Sangam’ were acclaimed in the past. That a good number of our Bengali artistes shook up the stage through their admirable performances in Urdu is part of history. That Nazeer Baig began his career as a playback singer in erstwhile East Pakistan before touching fame as the actor Nadeem is part of history too. The backdrop to the making of these movies is an important link in the story. Students of film studies along with scholars would be well advised to bring the story into perspective, the better to inform people of the richness our movies once embodied in our lives, before mediocrity set in.

There are precious few among us who have cared to remember the lyricists behind the old songs, the melody makers behind the music that went into the songs. We certainly observe film festivals on a regular basis in the country, but when the objective is merely an exhibition of films and hardly any academic discussions form part of such festivals, it is intellectual poverty we are confronted with. How many of us recall that the eminent journalist Obaidul Haq is also part of the landscape of our movie industry? Add to that the movies which came up, one upon the other, in the period following the liberation of Bangladesh. The underlying theme was the war and the varied changes it wrought in our collective being as a nation. That too is a subject which merits discussion. The good bit here is Anupam Hayat has been doing creditable work in highlighting the history of our movie industry through his essays and his books. The nation certainly needs more enterprising souls like him to rekindle interest in the artistic treasure that has remained buried under mounds of time’s indifference.

The simple, unadulterated truth is that even as we strengthen our understanding of the political and literary history of Bangladesh, we need to revisit our movie industry and our music world. It is a task which can be fulfilled through insistent research. Tanvir Mokammel has been engaged in remarkable work through focusing on the socio-political history of the country in his movies. Tareque Masud showed promise before tragedy struck him down. We are indebted to them; and we realize too that articles, treatises and books require to be written on the history of our films and our playback music. It is a vast and shining field we have out there to explore.

The struggles of our artistes, the career challenges they went through, the economic hardship they found themselves up against, the twilight that came into their lives before they gave us a long, gleaming sunshine through their talent and expertise should be a crucial part of our cultural agenda.

Why not go for it?