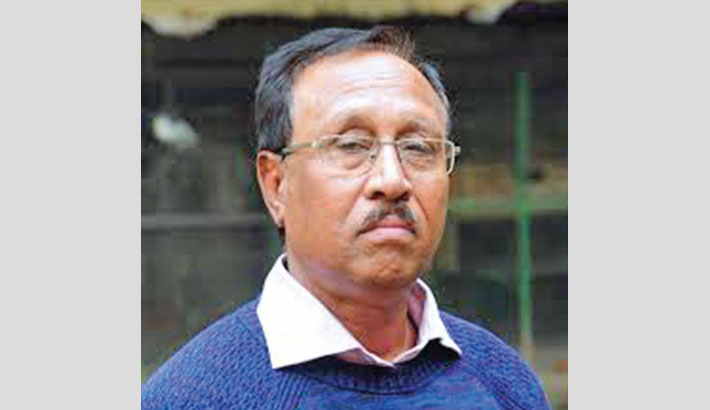 Bangladesh will celebrate its 50th independence anniversary and also the concluding ceremony of the birth centenary of the Father of the Nation Bangabandhu Sheikh Mujibur Rahman within a few weeks. The two occasions are historic milestones for Bangladesh, which was born fighting a war against the tyranny of the Pakistani rulers, who tortured and maltreated the Bengalis for long 23 years, though the Bengalis constituted 56 per cent of Pakistan’s population.

The new generations will dearly recall those national heroes who made supreme sacrifices to unchain us from the tyranny of Pakistan. I have all the trust that Mujib’s birth centenary and the Golden Jubilee celebrations will mark Bangladesh’s renewed march with history, to guide the country in the coming days.

1971 was not only a year when our older generation fought a heroic war to defend justice and human values, but also to prove the Pakistani mindset wrong that their unending exploitations under the cover of so-called religious fraternity can be perpetual. I feel proud of our older generation for being heroic. But 1971 was also a year of darkness and tragedy that we all had to encounter.

The genocide carried out by the marauding Pakistani army and their local cohorts, ranks as one of the most brutal holocausts of the 20th century. While 10 million people had to leave for India to escape death and destruction, an estimated three million Bengalis were killed by the Pakistani forces and their cohorts. There are only a few instances in the world of such a large number of people being exterminated within such a short period of time. The victims were left dumped or buried in hundreds of mass graves and killing fields across Bangladesh, which still stand as witness to the horrific genocidal crimes of 1971.

In Dhaka, there are around 50 such killing sites, including those in Rayer Bazar, Mirpur Bangla College, Intellectuals’ Graveyard, Jalladkhana, Muslim Bazaar, Jagannath Hall, Ramna Kali Bari and Razarbag Police Lines, etc. The Bengalis were taken blind folded, tortured and killed or thrown in the marshes, canals and rivers after being killed. They had to face the brutality because they were Bengalis, who demanded their right to live with honour. 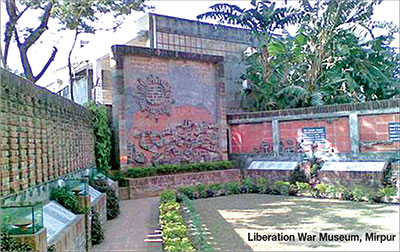 The genocide was preplanned. Documents reveal that at a meeting of the military top brass in March 1971, the Pakistani President General Yahya Khan declared: “Kill three million of them and the rest will eat out of our hands.” The day Pakistani army launched full scale operation to crush the Bengali resistance on the intervening night of March 25, 1971, the Bengali members of the military services were disarmed and killed, students and the intelligentsia were systematically liquidated and able-bodied Bengali males were just picked up and gunned down.

Naturally, Dhaka was the place where the maximum brutality took place. The University of Dhaka was attacked and a large number of students were killed during the very first military action. Death squads roamed the streets of Dhaka, killing some 7,000 people in a single night, says an eyewitness account by the noted British journalist Simon Dring. But it was only the beginning. Within a week, half the population of Dhaka had fled and at least 30,000 people had been killed in Dhaka alone.

The first report of genocide was written by a daring Pakistani journalist Anthony Mascarenhas in the Sunday Times of London on June 13, 1971. He wrote: “I saw Hindus hunted from village to village and door to door, shot off-hand after a cursory ‘short arm inspection’ showed they were un-circumcised…. I have seen truckloads of other human targets and those who had the humanity to try to help them hauled off for disposal under the cover of darkness and curfew”.

The man slaughters continued for a long nine months. On August 2, 1971, the Time magazine correspondent sent a dispatch that provided a detailed description of the destruction in former East Pakistan. He  wrote: “In Dhaka where soldiers set sections of the old city ablaze with flame throwers and machine-gunned thousands as they tried to escape the cordon of fire, nearly 25 blocks have been bulldozed clear, leaving open areas set incongruously amid jam packed slums”. It quoted a senior US official as saying, “It is the most incredible, calculated thing since the days of the Nazis in Poland”.

Documents also reveal that apart from committing heinous crimes, the Pakistani troops and their collaborators raped an estimated 250,000 Bengali women. The tyranny and torture unleashed by the occupying forces shook the very foundation of conscience and human rights.

But every crime must see an end, and the end came when Bengali freedom fighters took up arms. And finally the Mukti Bahini and the Indian Mitra Bahini put up a united challenge to expel the genocidal army. And they succeeded.

However, even if it sounds funny, the fact is that while Bangladesh became an independent country on December 16, 1971, with the surrender of the 93,000 Pakistani army to the joint commands of India and Bangladesh, the Mirpur area of Dhaka, remained a Pakistani pocket.   The delay in freeing Mirpur was due to a stiff resistance by the pro-Pakistani outfits, who in support of the Urdu-speaking Bihari population kept alive the last Pakistani pocket for quite some time. Finally, the resistance was cleared on January 31, 1972 by the freedom fighters, one and half months after independence.

Mirpur, like that of Mohammandpur, remained a bloody area throughout 1971, where the Bengalis were subjected to horrendous brutalities. Not to speak of the general people, it is the place where many leading Bangladeshi intellectuals including famous film maker and writer  Zahir Raihan, poet Meherunnesa and journalist Khandakar Abu Taleb, among others, were abducted and killed. Zahir Raihan went to Mirpur to trace his missing brother, the noted writer-journalist Shahidullah Kaiser, who was kidnapped and killed by members of the Al-Badr.

After the surrender of the Pakistani army in Dhaka, the non-Bengali neighbourhoods of Mirpur  were guarded by Indian Mitra Bahini for quite some time as they clearly felt that any attempt to storm Mirpur would leave a lot of casualties. But the Pakistani offshoots were not in a mood to surrender. Therefore, on January 30, 1972, the contingents of new Bangladesh army, all freedom fighters, surrounded Mirpur and started searching for weapons. Curfew was imposed.   Razakars, Al-Badr and Al-Shams, the three notorious Pakistani paramilitary groups, possessed heavy weapons and ammunition. Mirpur was finally freed on January 31, but not without cost.

The brutality in Mirpur was revealed by the locals including a fellow freedom fighter like Syed Shahidul Haque (Mama), who played a crucial role in the area. This dedicated patriot narrated his experience while testifying to the International Crimes Tribunal (ICT). He said: “The notorious goons who kept the last Pakistani pocket alive in Mirpur, including Akhtar Goonda, later got a safe passage to Pakistan as members of the stranded Pakistanis during the tenure of General Ziaur Rahman.

Dr MA Hasan, a freedom fighter turned physician and war crimes researcher, witnessed the remains of blood curdling systematic massacres in Mirpur and other places. His elder brother Lt Selim, a freedom fighter, was martyred during the drive to liberate Mirpur. He went in search of his brother but in vain. “That day, 31 January 1972 in Mirpur, I saw a few hundred bodies, mostly mutilated, littered all around that place,” he recalled. “There were marks of torture on each and every body; nails turned out, eyes gouged out, hearts taken out.” He also recollects: “Some female breasts were amputated, private parts mutilated. I had to push the bodies one by one to make my way. Mostly they were the innocent public.”

The writer is a freedom fighter, writer, journalist and researcher.