Nasa’s Perseverance rover is bearing down on Mars 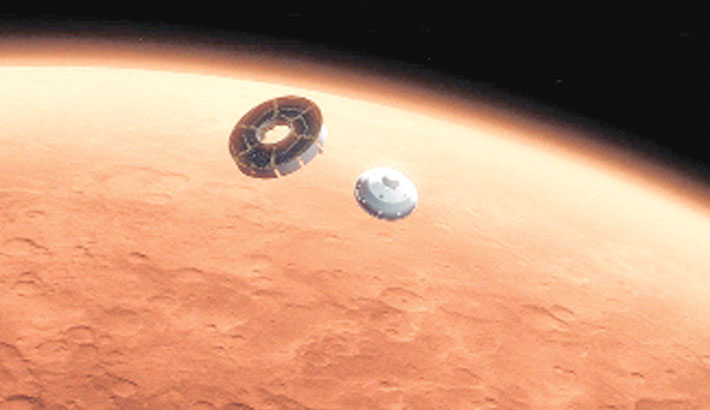 The US space agency’s Perseverance rover is now just three weeks from arriving at Mars.

The robot and the Red Planet are still separated by some 4.5 million km (3 million miles), but this gap is closing at a rapid rate, reports BBC.

The biggest, most sophisticated vehicle ever sent to land on another planet, the Nasa robot is being targeted at a near-equatorial crater called Jezero.

Touchdown is expected shortly before 2100 GMT on Thursday 18 February.

To get down, the Nasa rover will have to survive what engineers call the “seven minutes of terror” - the time it takes to get from the top of the atmosphere to the surface.

The “terror” is a reference to the daunting challenge that is inherent in trying to reduce an entry speed of 20,000km/h to something like walking pace at the moment of “wheels down”.

“When the scientists look at our landing site, Jezero Crater, they see the scientific promise of everything: the remains of an ancient river flowing in and flowing out of this crater and think that’s the place to go to look for signs of past life. But when I look at Jezero, I see danger,” says Allen Chen, the engineer who leads the Entry, Descent and Landing (EDL) effort for Perseverance.