Islam: The religion of true love 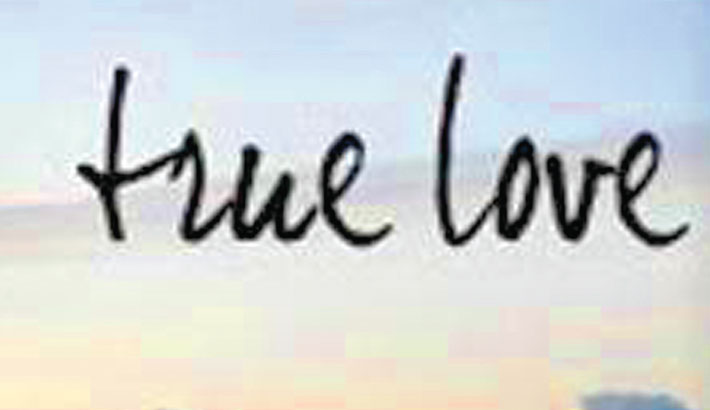 Islam is a religion of true love. It is full of love, and it calls for love, i.e., the love that is valid under Sharee‘ah (Islamic legislation); the sublime, chaste and great love, the love for Allah The Almighty and for the Messenger of Allah, . Love for the Prophets, may Allah exalt their mention, the Companions, may Allah be pleased with them, and all the righteous .

Our love, first of all, is the highest, purest and greatest love. This love is the fountainhead of happiness, without which no one can be saved from punishment. Our love is for Allah The Exalted with the utmost degree of submissiveness and awe, compliance with His commands and prohibitions, and all that He likes and dislikes. We come close to Him through reliance (on Him), repentance, purity, patience, piety, justice, doing good; and through keeping away from arrogance, oppression, extravagance, enmity, treachery, causing mischief (in the land), corruption, and taking the disbelievers as allies and imitating them.

We draw closer to Allah The Almighty by carrying out all commands and avoiding all that He prohibited. We draw closer to Him through voluntary good deeds and acts of obedience, to obtain that degree of love which causes Him to call Jibreel (Gabriel), may Allah exalt his mention, to tell him about that love, and order him to make a public announcement among the inhabitants of the heavens, informing them about that love, and telling them to love that slave just as He loves him, and then he is endeared to the inhabitants of earth.

Or according to another version: “No one shall taste the sweetness of faith unless he has the following three qualities”): To love Allah and His Messenger more than anything else; to love a person only for the sake of Allah; and to hate to revert to disbelief after Allah has saved him from it as he hates to be thrown into the fire.”

Our love is dedicated to the homeland of Tawheed (Islamic monotheism) and cradle of belief, and anything we possess is insignificant in the cause of its safety, stability and honor. We should support our rulers against anyone seeking to destabilize it or spread Fitnah (trial) in it, for it is the place where the Divine revelation descended, and the spring of light which illuminated and is still illuminating the whole world. It also has the most sacred places on the face of the earth, which all the Muslims visit to complete the (five) pillars of Islam on which it has been established, and return home with their worship accepted (by Allah The Almighty) and their sins forgiven, by the permission of Allah The Almighty.

Our love is also devoted to family, parents, spouses, children and all other kinds of permissible love in this world. Nevertheless, this love does not override our love for Allah The Almighty and His Messenger, , nor does it divert us from His remembrance as He Says (what means): {O you who have believed, let not your wealth and your children divert you from remembrance of Allah.} [Quran 63:9]

We love only in (the religion of) Allah The Almighty, for we know well that those who do so will be in the shade of the Throne on a day on which there will be no shade other than His, to whose position, the Prophets, may Allah exalt their mention, and martyrs will aspire.

Your sons and daughters are a trust under your guardianship, about which you will surely be questioned. So, do not neglect their upbringing.

Remind and warn them about following evil companions. Indeed, the Messenger of Allah, , said: “One most likely copies the manners of his friend.”

If a large number of the youth do not personally celebrate various ‘Days’ [celebrated by non-Muslims] but simply follow its celebrations via the mass media, it is feared that this might lead them to like, be content with and attached to it, which results in deviant behavior whose consequences are unfavorable. It is well-known that the enemies of Allah The Almighty are aware of the intellectual influence and the great role of the mass media in changing values and principles, which encourages them to transmit their poisonous propaganda through them.

So, beware O my (Muslim) brother and sister!

Any love whose aim is to disobey Allah The Almighty will turn into enmity on the Day of Judgment. In confirmation of that, Allah The Almighty Says (what means): {Close friends, that Day, will be enemies to each other, except for the righteous.} [Quran 43:67]

Any young man or woman who celebrates “Valentine’s Day”, out of faith in it, or by way of innovation, in which he commits such sins as drinking wine, listening to the musical instruments of the devil, and missing the obligatory prayers, has indeed killed his heart and thus, nothing could concern him other than his own desire. If he likes, dislikes, gives or even withholds, he will do so just for the sake of his own desire. That is because his desire has become more preferred and dearer to him than (to seek) the pleasure of The Lord Almighty.

Ibn Al-Qayyim said in his Rawdhat Al-Muhibbeen, “It is feared for such who follow their own inclination to come out stealthily from the faith while they do not perceive it. It was narrated in an authentic Hadeeth that the Messenger of Allah said: “What I fear for you most are the unlawful desires in your bellies and private parts (i.e. food and sex), and misleading inclinations.” Al-Fudhayl ibn ‘Iyaadh said, “Whoever is possessed by desires and following inclinations, has been deprived of achieving any success.”

This is a reminder for us to keep ourselves far from the ways of those who evoke the anger of Allah The Almighty, and those who have gone astray, i.e., the ways leading to humiliation, mortification, sorrow and regret. Allah The Almighty Says (what means): {And the Day the wrongdoer will bite on his hands [in regret] he will say, “Oh, I wish I had taken with the Messenger a way. Oh, woe to me! I wish I had not taken that one as a friend. He led me away from the remembrance after it had come to me. And ever is Satan, to man, a deserter.”} [Quran 25:27-29]

{Say, [O Muhammad], “If you should love Allah, then follow me, [so] Allah will love you and forgive you your sins. And Allah is Forgiving and Merciful.”}

We draw close to Him by our love for the best of the creation of Allah The Almighty, Muhammad ibn ‘Abdullaah, , which is only realized by following him as confirmed by Allah The Almighty when He Says (what means):

No one can detect or taste the sweetness of faith unless Allah The Almighty and His Messenger, , become dearer to him than anything else, as stated in the Hadeeth (narration) in both Saheehs on the authority of Anas, may Allah be pleased with him, where the Prophet, , said: “Whoever possesses the following three qualities will taste the sweetness (delight) of faith…“