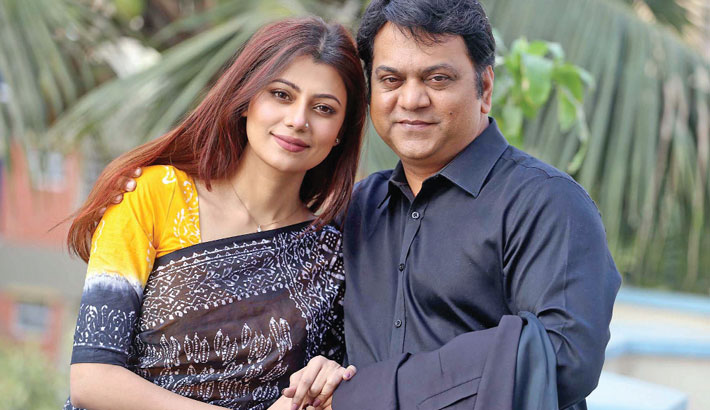 Mir Sabbir and Tanzika Amin are two popular faces on the small screen. They have presented many audience-admired drama and serials. Now, the duo has paired again in a television drama titled ‘Dahan’.

Mir Sabbir said, “The drama ‘Dahan’ is centered on a married couple. In the play, the audience will see me as the husband of Tanzika. We want to end our married life. Before getting divorced, we start living in two different rooms. Thus the story of the drama continue..”

“Borno Nath is a talented director and Tanzika is an outstanding actress. I hope ‘Dahan’ will be a good drama,” he added.

Tanzika said, “The script of the drama is unique. Sabbir bhai is very co-operative as an actor. We have tried our best to bring out the characters. I believe the audience will like the drama.”

Earlier, Sabbir and Tanzika appeared in drama serials like ‘Gangster Goli’ and ‘Rupali Josnay’. They will also be seen together in the serial ‘Mehman’. The drama will be aired on Ntv soon.

On the other hand, Sabbir has finished the shooting of his first directorial movie ‘Raat Jaga Phul’ recently. Alongside directing, Sabbir will also play an important role in the film.