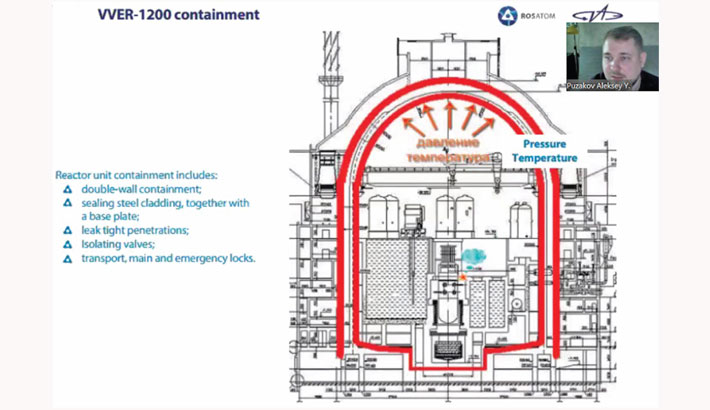 Technological and technical features are crucial in the safety of modern nuclear power plants, according to Russian Expert and Senior Lecturer, Aleksey Puzakov joining in a webinar organised by Rosatom for journalists from Bangladesh on Wednesday.

He specifically detailed out the features of VVER-1200 power unit that is being built at Rooppur Nuclear Power Plant.  In his presentation, Puzakov outlined the step-by-step features, stating basic principles of protection of an NPP.  He also mentioned how all new VVER-1200 plants under construction such as Rooppur Nuclear Power Plant already have design features, including: long term cooling of reactor core without electrical power; long term decay heat removal that does not rely on primary ultimate heat sink (sea, river, cooling tower); protection of reactor containment integrity with dedicated systems after a core meltdown accident.

Concluding the webinar, Mr. Puzakov reinstated the safety objectives of the nuclear power plant by emphasizing on how developing technology and technical features, as well as operation procedures have made it possible to have the desired safety level in place.