Some finalised, the rest undecided; vaccination on top priority 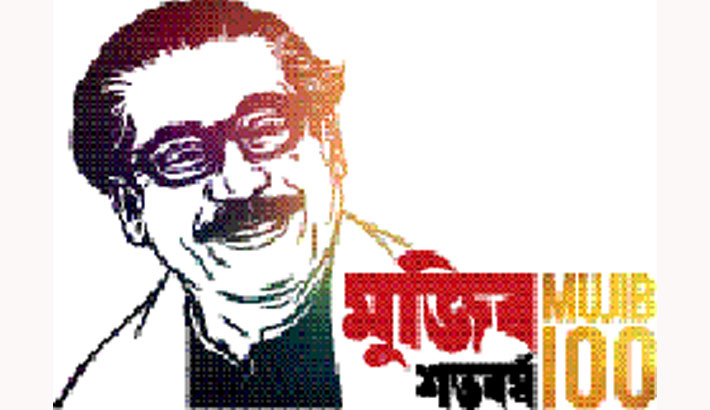 Country’s sports fraternity returned to their normal activities in September last year after a long pandemic break. Popular sports federations such as cricket and football have started organising international matches as well as events along with local competitions under strict health measures or bio-bubbles.

However, most of the Mujib Barsho sports events, to mark the birth centenary of the Father of the Nation Bangabandhu Sheikh Mujibur Rahman, are yet to be rescheduled.

Mujib Barsho, which was declared from March 17, 2020 to March 26, 2021 initially, was later extended to nine months till December 16, 2021 as a huge number of events to mark the special occasion could not be completed on time due to the pandemic.

Like other sectors, the country's sporting community is working hard to reschedule their programs for Mujib Barsho. Besides, the community is looking forward to the COVID-19 vaccination. The vaccination campaign, which will start today, will be held in several phases nationwide.

The 9th edition of the country's biggest multi-sports event Bangabandhu Bangladesh Games has been rescheduled on April 1 to 10 this year. However, Bangladesh Olympic Association on January 16 confirmed that they have reduced the number of participants, including athletes and officials from 10,600 to 8,500.

The Games, which was earlier scheduled to be held from April 1 to 10 last year, was postponed due to COVID-19 outbreak last March. The participants will compete for 1338 medals including 396 gold medals, 396 silver medals and 546 bronze medals in 31 disciplines of the games at the country’s 23 different venues.

BOA vice-president Shaikh Bashir Ahmed told The Daily Sun that they were working to vaccinate the participating athletes and officials before the meet.

“We are working with the sports ministry to vaccinate our participating athletes and officials before the meet. Hopefully, we will get a positive response from the government,” he said.

However, BFF is facing tough challenges to bring foreign national teams for the Bangabandhu Gold Cup in March.

BFF general secretary Abu Nayeem Shohag said, "We can't say anything at this moment, but we are working hard on it. The guests (participating nations) are neither rejecting nor confirming our invitation. We have no plan to cancel the meet but we may just have to reschedule it if needed.”

Bangladesh Cricket Board expected to host two international T20 matches between Asia XI and World XI to mark the birth centenary of Bangladesh's father of the nation, Bangabandhu Sheikh Mujibur Rahman this year. Earlier, the board postponed the two proposed matches in light of the current COVID-19 outbreak. The games were scheduled to be played on March 21 and 22 while an AR Rahman concert was due to take place on March 18. BCB has successfully arranged two domestic tournaments – BCB President’s Cup and Bangabandhu T20 Cup last year and also named the bilateral series between Bangladesh and West Indies ‘Bangabandhu Cricket Series 2021’. They have also declared that any event they would host this year would be named after Father of the Nation Bangabandhu Sheikh Mujibur Rahman to mark the birth centenary.

Asian Champions Trophy, which was originally scheduled to be held on November 17 to 27 last year, was postponed in the wake of COVID-19 and rescheduled on March 11 to 19 this year. But Asian Hockey Federation for the second time postponed the meet this month with no new dates due to the concerns for athletes’ safety, health and welfare.

BHF acting general secretary Mohammad Yousuf said that they would reschedule the meet by September or October.

“AHF asked for the current COVID-19 situation in Bangladesh a few days ago. We informed them about the current situation as well as provided the guidelines from our government including the mandatory COVID-19 test reports and quarantine periods.

“We have a vaccination plan, the final decision will be taken after a meeting with the BHF president,” said Yousuf.

Men’s Junior (U-21) Asia Cup, which was scheduled to be held on June 4 to 12 last year, was postponed due to the same COVID-19 reason and rescheduled on January 21 to 30 this year.

But the sports ministry didn’t permit BHF to arrange the meet, so AHF for the second time rescheduled on July 1 to 10.

Bangladesh Archery Federation has decided to arrange Asian Archery Championships on November 10-20 in Dhaka. A total of 35 Asian nations are expected to take part in the 22nd edition of the meet. Besides, national archers are currently in a residential training camp for their preparation for the upcoming Tokyo Olympics, rescheduled on July 23 to August 8.

Other Sports and the events

“We have already arranged one of the events for Mujib Barsho -- Mujib Barsho Cup Amateur Golf -- last January. We were also ready for the Asian tour but COVID-19 forced us to postpone it. Now, the situation isn't under our control.

“We will not be able to arrange the Asian tour until the situation becomes normal. Because there are participants from 25 to 30 countries and who will take their responsibilities?”

General Secretary of Bangladesh Swimming Federation Mollah Badrul Saif said that they had no plan to arrange any international competitions now.