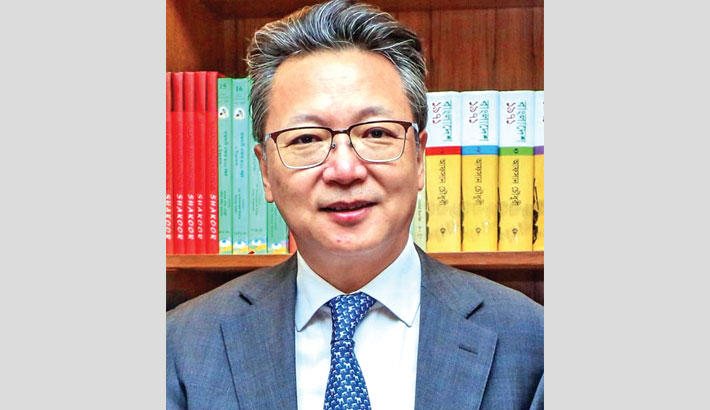 A few days ago, I came across an amusing video online where some foreign interviewees were given the photos of several Chinese female celebrities and were asked to pick one that each of them thinks the most beautiful. Of course, the interviewees picked differently, but almost all of them raised the same question when they noticed one of the photos that contained an actress from Xinjiang, who is of Uygur ethnicity, “Is she also Chinese? But she doesn’t look like one!” The video was intended to demonstrate the differences in beauty standards between China and other countries, but it also unintentionally revealed something immensely interesting – that China is in fact far more diverse than it is generally considered to be, ethnically and culturally. 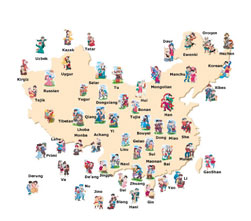 As Chinese President Xi Jinping said at the Conference on Dialogue of Asian Civilisations in 2019, Chinese civilisation has, since its early days, evolved and grown by exploring new ground and adapting to changes, and has become what it is today through constant interactions with other civilisations. This time, let’s take a dive into the lesser-known tradition of multi-ethnicity of this ancient civilisation.

I guess many of you would be surprised to learn that while the majority of China's total population is made up of the Han ethnicity, there are in total 56 officially recognised ethnic groups in China, each having its own ethnic identity and unique cultural traits. In China’s long history, the country traded, collided, made peace, married, shared knowledge and merged with such a variety of civilisations that the Chinese culture as we know today would be completely unrecognisable if we remove all the foreign elements from its cultural DNA.

For most of the time in history, the Chinese civilisation was highly inclusive of, or even welcomed foreign cultures and exchanges. Thus came the famous saying, “to seek harmony from diversity” (Qiu Tong Cui Yi), as the Chinese people tried to adapt to and work out an order from the constantly changing picture of their nation’s cultural composition, whichever ethnicity they were from.

The same is true for modern-day China. After thousands of years of co-existence, the 56 ethnic groups have long merged into one inseparable family who share the same national identity. According to a domestic survey on 6 ethnic groups in the Xinjiang region, almost all participants identify themselves as Chinese citizens, and over 75% of them choose Chinese citizens as their first identity, before their ethnic or religious identities. At the same time, all participants are proud of the distinct ethnicity they belong to.

To zoom in on Islam, it was first introduced to China in the early 7th century through the ancient Silk Road and became one of the major religions under the Mongol rule during the 13th and 14th centuries, when large numbers of Persian and Arabian Muslims settled in China. In the following centuries, the confluence of Islam and Confucianism, a cultural and religious tendency of Chinese Islamic scholars to approach and understand Islam in a Confucian context, became an important cultural phenomenon in Chinese history. Today, around 25 million Muslims are living in all parts of China, mainly from 10 ethnic groups including Hui, Uygur, Kazakh, Dongxiang, Kyrgyz, etc.

Xinjiang: the Pinnacle of Diversity

Probably no other place could represent the inclusiveness of the Chinese civilisation better than Xinjiang. Located in the northwest of China, the Xinjiang Uygur Autonomous Region occupies a vast area of 1.6649 million sq km, accounting for one-sixth of Chinese territory. It is one of the most ethnically diverse provinces in the country, inhabited by 47 ethnic groups such as the Uygur, Han, Kazak, Hui, and Mongolian. As the gateway to central Asia and a transit hub on the ancient Silk Road, Xinjiang has long been a converging point of various civilisations and religions, and a vivid example of how China embraces diversity.

Today, Islam is the most widely practiced religion in Xinjiang, with around 13 million Muslima out of its 24 million residents, alongside other religions like Buddhism, Taoism and Christianity. Historically, there had been believers of Zoroastrianism, Manichaeism, Nestorianism and Shamanism spreading across this vast terrain, the traces of which could still be found in the life and customs of present-day Xinjiang. Thanks to its unique and dynamic religious history, Xinjiang acquired a gentle and unbiased temperament for different belief systems which allows its numerous ethnic and religious groups to live in harmony.

The region’s natural endowment and cultural diversity also make it one of the important agriculture centres in China as well as a popular tourist destination. In 2019 alone, the region produces over 80% of China’s cotton and received over 200 million visits from both domestic and foreign tourists. Between 2014 and 2019, Xinjiang’s GDP grew at an average of 8.0 per cent, the per capita disposable income of urban and rural residents rose by 8.6 per cent and 8.9 per cent year on year, and nearly 2 million new jobs were created. From 2010 to 2018, the local population increased by 14 per cent while ethnically, the Uygurs had the largest increase of 2.55 million, a growth rate of 25 per cent over the 8 years, significantly outpacing the national rate.

The Fading Shadow of Terrorism

The beauty of Xinjiang makes it all the more painful to look back on a period when the region was plagued by extremism and terrorism. Due to historical reasons and the surge in terrorism globally after the 9/11 attacks, some separatist forces had been propagating religious extremism in the region to instigate religious fanaticism and incite terrorist activities.

Incomplete statistics show that from 1990 to the end of 2016, terrorist forces launched thousands of terrorist attacks in Xinjiang, leading to massive casualties in civilian lives. The most notorious incident took place on July 5, 2009, where thousands of terrorists attacked civilians and police officers in Urumqi, the capital city of Xinjiang, causing 197 deaths and over 1700 injuries. The violence even spilled over to other parts of China when in 2014, eight knife-wielding Xinjiang terrorists attacked passengers at the Kunming Railway Station in Yunnan province, leaving 31 dead and 141 injured.

The Chinese government was thus compelled to take a hardened stance on terrorism and extremism, similar to that of the Bangladesh government who follows a “zero tolerance” policy on terrorism and moved decisively against any form of terrorism in a systemic manner. It also put forward a series of preventative measures that aim to effectively dissolve any suspicious tendency in people with relevant criminal records before it took shape. The approaches are effective: there has not been a single terror attack in Xinjiang in the past 4 years. Local economy booms, unemployment rate hits new lows, infrastructure networks quickly expand, and most importantly, people in Xinjiang now have their once-under-threat safety back.

Fabrications of the Western Media

In a way, extremists and terrorists are people who delude themselves into believing they are entitled to exerting more power over other’s lives than they deserve and to dictating how certain aspects of life should be interpreted. This is arbitrariness in its worst form. And a similar arbitrariness we are now sadly witnessing in the actions of some western countries, who decide to use human rights as a political tool against whoever they feel disgruntled with. Xinjiang was unfortunately chosen as an easy target as a result of its complex social structures and less accessible location.

The western media have long been making up stories about Xinjiang far from the truth, stories like forced labour and sterilisation of the Uygur population, concentration camps, and destruction of mosques. When in reality, the Uygurs have one of the highest growth rate in population among China’s ethnic groups, hundreds of thousands got employment opportunities after graduating from local education and training centres, and the 24 thousand mosques in the region are frequented by Muslims in their daily prayers.

In particular, several research reports containing distorted facts and blatant lies of Xinjiang were widely cited by the western media in an unscrutinised manner to accuse the Communist Party of China of violation of human rights. Yet nearly all of the reports were published by the same anti-China German scholar Adrian Zenz, who is known for his biased opinions and falsehood. And their content barely withstands any close examination.

It is very unfortunate that some western media seem to have developed the habit of jumping at the first sign of any negative claim to make up fabricated stories about China. But essentially, all the media fuss over Xinjiang and its Muslim population is predicated on a precarious assumption: out of its 25 million Muslims and 13 million Uygurs, the Chinese authority, with a serious intention to clamp down on religious activities or conduct genocide, decided to randomly pick out a small fraction (1 million if you believe the wild guesses on media) to bully while letting the majority running around free and happy. The logic simply doesn’t add up.

Ultimately, I believe the people of Bangladesh are capable of exerting their own judgment to discern between the media speculations and the reality of Xinjiang, especially as Bangladesh also shares the experience of coming under baseless remarks from western media and politicians who have no real understanding of the country’s ground reality.

The true story of Xinjiang tells how China achieves ethnic harmony and socio-economic development by respecting and protecting cultural diversity and following its centuries-old multi-ethnic tradition. Again, as President Xi Jinping mentioned at the Conference on Dialogue of Asian Civilisations, all civilisations are rooted in their unique cultural environment, and each is valuable for being uniquely its own. This belief constantly drives China and the Chinese people to interact and communicate with other civilisations with amity and equality.

The Famous African American writer Audre Lorde once said, “It is not our differences that divide us. It is our inability to recognise, accept and celebrate those differences.”As a devoted member of the international community, China is committed to promoting exchanges and mutual learning among countries, nations and cultures around the world, in order to build a community with a shared future for mankind where diversity is celebrated and differences are appreciated.

The writer is the Chinese Ambassador to Bangladesh.