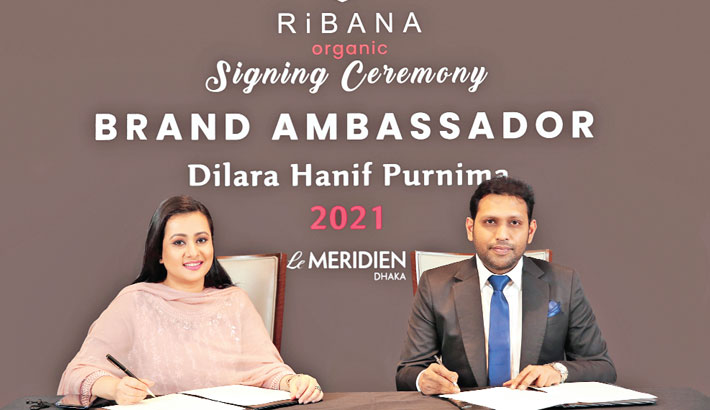 Popular film actress Dilara Hanif Purnima has become the brand ambassador of Ribana for one year. Purnima signed a deal with Ribana in a simple ceremony held at Le Méridien Dhaka on January 21.

About her association with the company, Purnima said, “I Have been using the skin and hair care products from Ribana for a few months and loving it! It truly amazes me how our very own domestic products are taking over the beauty industry. I would urge everyone to use their products.’’

Dilara Hanif Rita, popularly known as Purnima, is a popular film actress of the country. She won Bangladesh National Film Award for Best Actress for her performance in the film ‘Ora Amake Bhalo Hote Dilo Na’ (2010).

Purnima made her film debut with ‘E Jibon Tomar Amar’ in 1998 when she was in junior school.