US-Bangla Airlines a name of panic ! 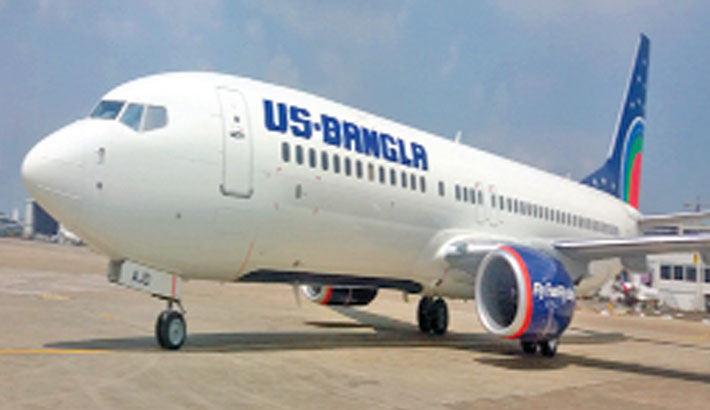 US-Bangla Airlines has turned into a ‘transport of panic’ in recent times as technical glitches and mismanagement are found in the flights of the leading private airline company in Bangladesh.

Crashes and emergency landing of US-Bangla flights often take place due to their mismanagement. An aircraft of the airline crashed in Nepal on March 12 in 2018, leaving 51 people dead.

Passengers found that the weather radar of a US-Bangla aircraft is not working while it was taking off.

When they contacted the US-Bangla office, officials said no spear parts are available.

“If we get it repaired, all flight schedules will be disrupted. So, we are compelled to run the flight with the problems,” an official said.

Such flight operation is very risky for a pilot as well as passengers, a pilot of US-Bangla Airlines told this correspondent.

A total of 51 people lost their lives when a US-Bangla plane crashed soon after landing at Tribhuwan International Airport in Nepal on March 12 in 2018.

According to the details of the official investigation led by the Nepal government, Captain Abid Sultan was going through tremendous personal mental stress and anxiety, and a series of erroneous decisions on his part led to the crash.

Passengers narrowly escaped as a plane of the airline made an emergency landing due to a nose-gear landing problem on the way to Cox’s Bazar, said a passenger, Dr Adiba Mahbub.

“US-Bangla Airlines forcefully operates flight with technical glitches and later did emergency landing. This is not for the first time. They did it several times. Human life has no value to them.”

How they run a flight without knowing whether the plane’s nose landing gear is well or not, she posed a question.

Recently, a Malaysia-bound flight of US-Bangla Airlines has made an emergency landing at Hazrat Shahjalal International Airport in Dhaka due to a technical glitch.

Earlier, a Cox’s Bazar-bound flight of the US-Bangla Airlines carrying 171 passengers and crew made an emergency landing at Chattogram Shah Amanat International Airport.

Former pilot of US-Bangla Airlines Wahid-Un-Nabi said, “One, two and three times we can survive due to the expertise of pilot. But is there any guarantee that he will survive four times?  An aircraft with passengers can’t be a training ground for anyone.” He said, “This is true that a professional pilot tried their best. But if you do not follow the capabilities of the aircraft, the aviation section will be destroyed. Everyone should follow it.”

Aviation expert Kazi Wahidul Alam said there may be technical glitches. “But regular maintenance is necessary. Allegations are rife that private airlines of Bangladesh overlook several matters to make more profits. In this regard, civil aviation authority must look into it.”

“Civil aviation authorities of several countries take actions, including slapping a fine on airlines, for violating the rules but we haven’t seen this here,” he added.

Due to frequent emergency landings and mechanical faults, US-Bangla Airlines became a vehicle of panic to passengers due to the return from the middle of the sky several times.

For these reasons, the Ministry of Civil Aviation and Tourism directed it to submit its report to the ministry after inspecting all of its aircraft.

Experts said the C check is mandatory for all the aircraft of US-Bangla Airlines for ensuring the safety of passengers. If any technical fault is found in any aircraft, it should be taken off the operation immediately.

From the beginning of flight operation in the country, the airline has reached the peak of customer harassment. There are serious allegations of gold smuggling and drug shipments on their flights.

Quoting Shakil, Additional Superintendent of Police of the Airport Armed Police Alamgir Hossain said the suspect collected the Yaba pills from a person named Abir in Cox's Bazar's Teknaf with funding from another person named Parvez.

Detectives said drug peddlers now prefer the air route due to strict surveillance of law enforcers on the Dhaka-Chattogram highway. It was alleged that the airline officials are also involved in the smuggling.

US-Bangla Airlines seems to have no end to customer harassment. There have also been incidents of passengers not being able to reach their destinations.

Besides, there are allegations of bringing back flights with passengers from the middle of the sky, starting the journey to one place but reaching another destination and passengers using hand fans due to the AC failure.

“They’re operating flights aggressively to compete with the state-owned airline. The flight operation has become more important to them than proper maintenance,” an experienced person in the aviation sector said on condition of anonymity.

Citing an example, he said, “Although Biman Bangladesh Airlines has stopped flights amid fog, some private airlines continued those.”