AL hopeful about victory, BNP to proceed with caution 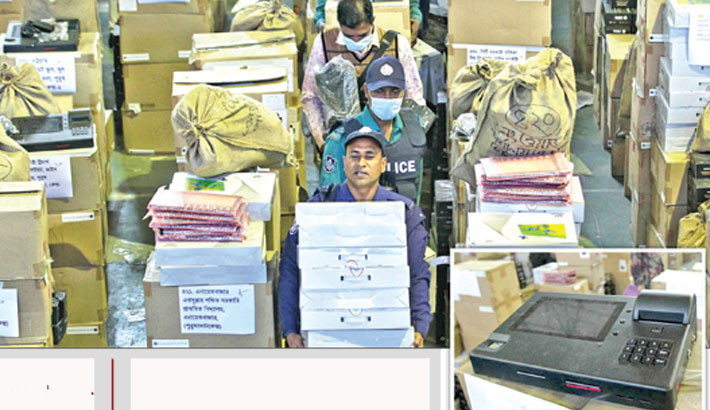 The Election Commission (EC) completed all necessary preparations to hold the election in a free, fair and credible manner, said its Senior Secretary Md Alamgir on Tuesday. “We’ve completed all preparations and hope that there’ll be a fair, competitive and peaceful election,” he said while talking to reporters at his office at Agargaon in the capital. 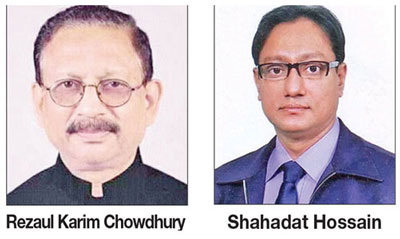 He said the responsibility of the EC is to create equal opportunities for all so that voters can come to polling centres and exercise their franchise. “For this, law enforcers have been deployed and they’ll do their duties. This is the level-playing field,” he said.

Election materials, including electronic voting machines (EVMs), were sent to the respective polling centres by Tuesday.

The ruling party finds the election atmosphere congenial while BNP smells conspiracy to rig votes in the election being held with party symbols and EVMs for the first time.

Contacted, AL CCC Election Chief Coordinator and former Minister Engineer Mosharraf Hossain told the Daily Sun that they have taken necessary preparations to participate in the election. “We’ve formed separate committees for all polling centres and the committees will help voters cast their votes as per their will,” he said.

Mentioning that the government’s achievements are now visible, he expressed the hope that people will cast votes for the ‘Boat’ symbol.

The veteran politician also claimed that allegations lodged by BNP and clashes that took place during the electioneering will not affect the election.

Meanwhile, BNP candidate Dr Shahadat Hossain met Returning Officer (RO) Md Hasanuzzaman on Tuesday and lodged written complaints alleging that around 200 of their party men, including 56 agents assigned for the election, were arrested till Tuesday.

The RO assured him of taking steps so that no innocent person is harassed.

Talking to reporters at the BNP office in the afternoon, Shahadat said they will remain in the race till the end if the election is held in a free and neutral manner. “The EC and the administration will have to play a neutral role to create a level-playing field,” he said.

He also expressed the hope that they will come out victorious if the agencies concerned act neutrally and demanded immediate release of the BNP activists and his agents.

The BNP contestant also alleged that the ruling party brought outsiders to the city to establish supremacy in and around the polling centres.

A total of 237 contestants, including seven mayoral candidates, 173 councillor runners and 57 aspirants for 14 women reserved seats, are there in the election race.

Meanwhile, voting for the post of councillor has been postponed for Alkaran ward after the death of a contender. So, the number of councillor candidates is now 169.

Besides, the lone candidate of Purba Bakolia ward is going to be elected unopposed.

For the mayoral post, the main fight is expected between AL’s M Rezaul Karim Chowdhury with ‘Boat’ symbol and BNP’s Shahadat with ‘Sheaf of Paddy.’

A total of 5,902 presiding and assistant presiding officers and 10,261 polling officers were appointed for holding the election entirely with EVMs.

To maintain the law and order and guard the polling centres, around 20,000 members of police, Rapid Action Battalion (Rab), Armed Police Battalion (APBn), Border Guard Bangladesh (BGB) and Ansar were deployed in the city.

There are 89 magistrates, including 20 judicial ones, in the field.

CMP Commissioner Saleh Md Tanvir told reporters on Tuesday that the number of law enforcers will be increased if necessary.

A total of 25 platoons of Rab, 25 platoons of BGB and magistrates started their work from Monday, he said. “We’ve taken tight security measures and hope that a free and fair election will be held in a festive mood.”