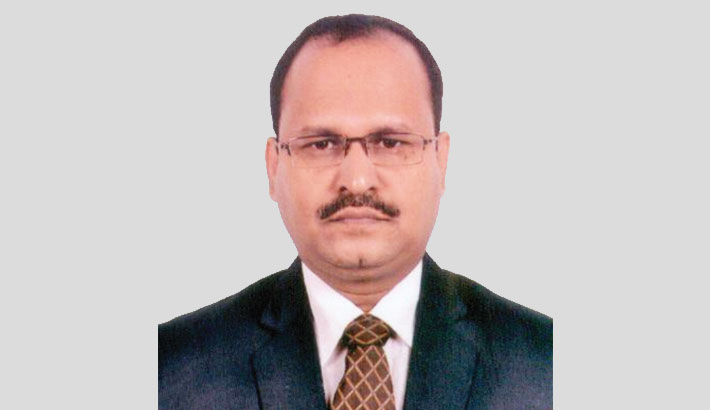 Given the magnitude of personality and contribution, Bangabandhu Sheikh Mujibur Rahman is an open book to be read extensively and a fertile field to be researched rigorously. His character was so rich and diverse that different perspectives can be applied to come home to his leadership traits. Following is a modest endeavour to analyse the characteristics of Bangabandhu in the light of the traits enumerated by a couple of organisational behaviour authorities. 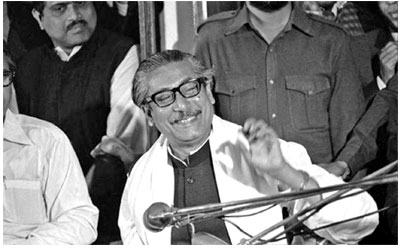 W. Newstrom and Keith Davis in their seminal book, Organizational Behavior: Human Behavior at Work, has narrated ten traits of great and effective leadership. These are: personal drive; the desire to lead, honesty and integrity; self-confidence; analytical ability, knowledge of business; charisma; creativity and originality; flexibility and adaptiveness and personal warmth.

In fact, Bangabandhu's drive to work for his countrymen grew with him as a natural concomitant. Since his boyhood, he used to play a valiant role whenever there was need for activism. His childhood at Tungipara was a springboard for him to turn out to be a great leader in the long run. His desire to lead came out of his true affection for the fellow people, not necessarily out of his intention to ride roughshod over them.

However, indomitable aspiration for leading from the front was innate in him and that very quality worked as a catalyst in turning him into a great leader to influence the followers and to win over the ones who came close to him. Throughout his life, Bangabandhu preached and practised honesty and integrity from the very core of his heart. He not only adored these essential qualities of an ideal human being but also decried them who were devoid of the same.

In the book, Ausamapta Atmajiboni (Unfinished Memoirs), there are many instances where Bangabandhu’s honesty has been reflected in true measure. He also lamented the political leaders who were unscrupulous and were in politics for personal gains [Sheikh Mujibur Rahman, Ausamapta Atmajiboni (Unfinished Memoirs), UPL, 2012, p. 273].

His integrity was based on such principles that he never compromised with the power mongers and never hankered after power sacrificing emancipation of his fellow countrymen although he had ample opportunities to do so in every turn of his political career. As far as self-confidence is concerned, Bangabandhu is simply a prototype of this great virtue which turned him into one of the most confident leaders of the world history, some examples of which have been furnished in the preceding segments of this paper. His ability to analyse things was also flawless andexemplary.

When questioned by an old man about the benefit of creating Pakistan out of India, Bangabandhu's reply to him saying that the fault is not of Pakistan [Ausamapta Atmajiboni (Unfinished Memoirs), p.106] reflects that Bangabandhu had always the disposition and concentration to put things in proper perspectives not to be perplexed by fallacies and situations. The epithet of 'Poet of Politics' is an emblem of Bangabandhu’s knowledge of business, that is, politics of emancipation of the distressed people, independence from the clutches of the oppressors and establishment of 'Sonar Bangla' (Golden Bengal).

Never in his lifetime did he dissuade himself from the path of taking his country to a position where his fellow countrymen would be able to be fed with satisfaction and live with dignity and honour. His organising skills gave him natural advantages in garnering support and activists for various program required for making those successful and having great impacts in the political milieu. Bangabandhu's charisma enchanted the people at first sight. He had a rare capacity to bear in mind names of people he met previously.

In fact, this proverbial memory of Bangabandhu, along with his simplicity in interactions, used to have a spellbinding influence on the visitors. During the Pakistan period, his adversaries portrayed him as a pro-Indian leader inimical to Muslims. Using the cover of Islam, it was easy to hoax the devoted Muslims. However, Bangabandhu's charisma had such an impact on the psyche of the people of all faiths that they never paid heed to such propaganda of the religion-based parties.

Other than his personal charisma, it would have been really difficult to overpower the overkill that had been created by the political parties which were keen to cling to Pakistan despite haughty and reckless attitude of the West Pakistani rulers. Creativity and originality give great leaders the weapons to keep the followers in confidence. Though Huseyn Shaheed Suhrawardy and Moulana Abdul Hamid Khan Bhasani had tremendous influence on Bangabandhu, Bangabandhu showed enviable creativity on a number of occasions that have become parts of history.

To many, Bangabandhu's historic and epic speech of 7 March, 1971 was a unique example of his great measure of creativity. The speech he delivered on that auspicious day was an exquisite specimen of extempore speech. His request to the then Prime Minister of India Indira Gandhi to bring back Indian army from the soil of Bangladesh was another remarkable example of his ingenuity that has gone down in history. On top of the two cited examples, Bangabandhu handled many situations in his picturesque political career with his inborn ingenuity, some of which have been found in the book, Ausamapta Atmajiboni (Unfinished Memoirs).

Though Bangabandhu was steadfast on the question of well-being of his distressed countrymen and the oppressed round the world, he was never rigid and stubborn for the betterment of situations through dialogues and discussions. He never turned down the offers of talks by the Pakistani rulers and leaders. The Pakistani rulers and leaders could not act upon their promises on important issues. However, Bangabandhu always tried to move forward forgetting the trickeries of the Pakistani powerhouses.

Bangabandhu passed about 14 years of his life in jail and about 10 months in a West Pakistan jail. Who else was more adaptive than Bangabandhu in the political history of the subcontinent? Personal affectively or warmth is the attribute that Bangabandhu had in him in abundance to endear himself to the ones who met him. Despite being a leader of great height, thus, he was called fondly as 'Mujib Bhai' and given the universal title 'Bangabandhu’ (Friend of Bengal). He always tried to remain in touch with general people and communicate with them the way that the people perceived him as one of them (TahaderaiLok).

He loved his countrymen so much so that he did not shift to an official residence despite warnings from various quarters about security concerns at Dhanmondi 32, his own residence. He believed that if people are loved, they reciprocate with love and can even lay down their lives in exchange for little sacrifices [Ausamapta Atmajiboni (Unfinished Memoirs), p. 257]. His affection for his countrymen was so blind that he never anticipated that his fellow countrymen would do him any harm, let alone kill him with family.

In fact, to portray Bangabandhu in totality is an impossibility as Bangabandhu is a gigantic personality. Only a few dimensions of his character can be analysed in a brief discussion. A leader who was close to the masses and who passed his golden days in prison did not get much time to turn his dream into reality as the conspirators wary of his greatness assassinated him with a view to taking back the wheel of the country and their machinations remained on course for a long time after tragic martyrdom of Bangabandhu in 1975.

However, their hopes of burying the memory and ideology of Bangabandhu for good did not come true as the able daughter of Bangabandhu took the helm of the country in the opportune moment. Bangabandhu was there. Bangabandhu is there. He is very much in the existence of this country. Both his admirers and critics are at one on the point that Bangabandhu is beyond all debates in so far as Bangladeshis concerned. In fact, his ideals are gaining increasing relevance and prominence for Bangladesh in its relentless efforts towards becoming a self-reliant and respectable country on the global map.

The writer is a Professor, Department of Public Administration and Chancellor’s Nominee Syndicate Member, University of Chittagong. E-mail: