‘Dakghar’ to be staged at ‘Antaranga Natya Mela’ tomorrow 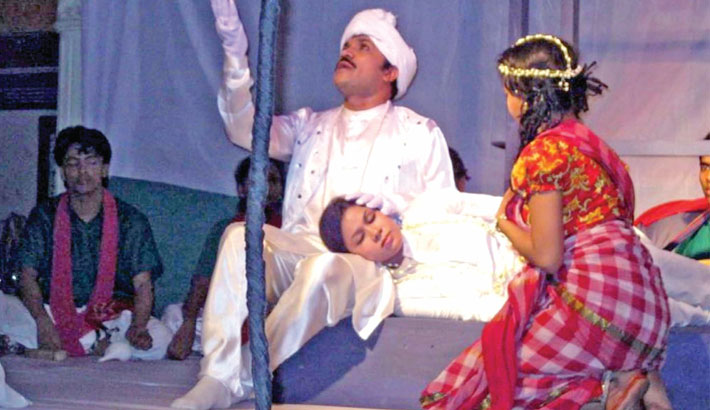 Country’s popular theatre troupe Swapnadal’s much-acclaimed production ‘Dakghar’ will be staged at the Antaranga Natya Mela 2021 tomorrow. The festival is organised by Baksha Bratya Natyajan, a well-known theater troupe of West Bengal, India in collaboration with the Ministry of Culture, Government of India.

Directed by Zahid Ripon, the play will be staged at the International Virtual Theatre Festival section of the Natya Mela. The audience can watch the play on the YouTube channel of Baksha Bratya Natyajan at 07:30pm.

Besides, Bangladesh’s ‘Dakghar’, Nepal and France’s productions will also be shown in the festival.

‘Dakghar’ is a 1912 play by Rabindranath Tagore. The drama depicts the story of a young boy named Amal, who confined to his adoptive uncle Madhav’s home by an incurable disease. Every day, Amal stands in the Madhav's courtyard and talks to passers-by, and asks in particular about the places they go.

When the chowkidar tells him the new building across the road from his house is a new Post Office belonging the Raja, Amal starts fantasising about visiting the King beyond the hills, and getting a letter or delivering the letters going all around, setting out from the confine of his house.