Indian rupee settles at 72.97 against dollar 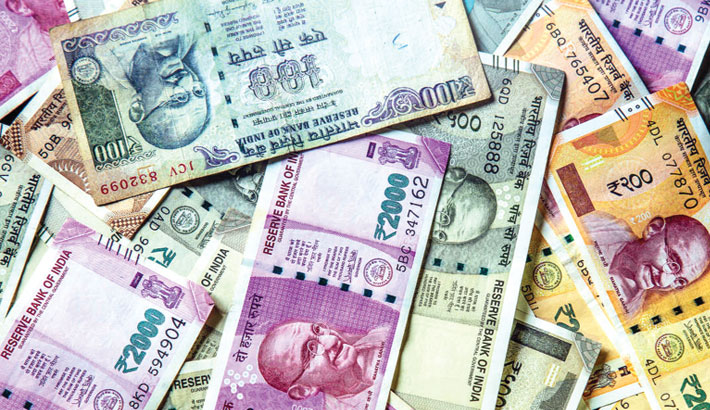 NEW DELHI: The rupee clawed back lost ground towards the fag-end of the session and settled with a marginal 2 paise gain at 72.97 against the US dollar on Friday, supported by easing crude oil prices.

At the interbank foreign exchange market, the domestic unit opened lower and traded in the negative territory most part of the session, tracking a massive selloff in domestic equities. The rupee touched a low of 73.09 and a high of 72.96 during the day, report agencies.

The domestic unit finally ended 2 paise higher at 72.97 against the US dollar, marking its fourth straight session of gains. On Thursday, the rupee had settled at 72.99 against the American currency.

Over the last four sessions, the Indian currency has strengthened by 31 paise against the US dollar. Brent crude futures, the global oil benchmark, dropped 1.99 per cent to USD 55.05 per barrel.

Foreign institutional investors were net buyers in the capital market as they purchased shares worth Rs 1,614.66 crore on Thursday, according to exchange data.