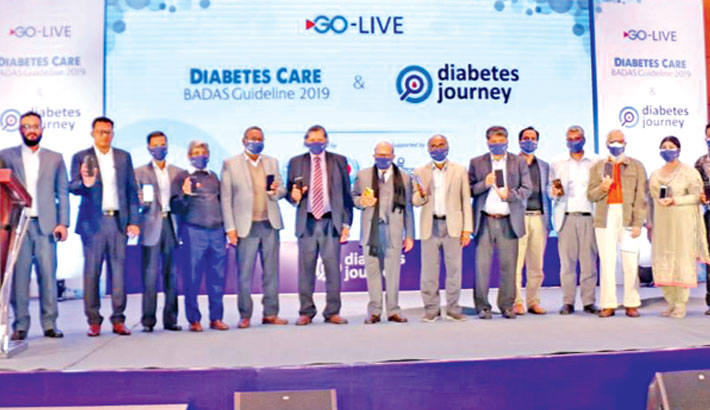 The Diabetic Association of Bangladesh (BADAS) has started disseminating the diabetes journey application and its diabetes treatment guideline among the doctors.

To mark the occasion, a programme was held at a hotel in the capital on Saturday, said a press release.

The diabetes treatment guideline was prepared jointly by the BADAS and Non-Communicable Diseases (NCD) Control Programme of Directorate General of Health Services (DGHS), in collaboration with Novo Nordisk.

The application will work based on the “Diabetes Care BADAS Guideline”.

Professor Dr. AK Azad Khan, President of BADAS said the application and guideline are developed as a supporting tool for physicians and empower them to select the right medication for patient living with diabetes.

The number of diabetic people is increasing at an alarming rate and that’s why quality treatment is essential for these patients, said Professor Akhtar Hussain, President, International Diabetes Federation.

The application and guideline will ensure quality treatment and help patients to live a complications free life, he said.

BADAS with the support of Novo Nordisk has taken many initiatives to introduce digital approach in healthcare, said Md Sayef Uddin, secretary general of BADAS.